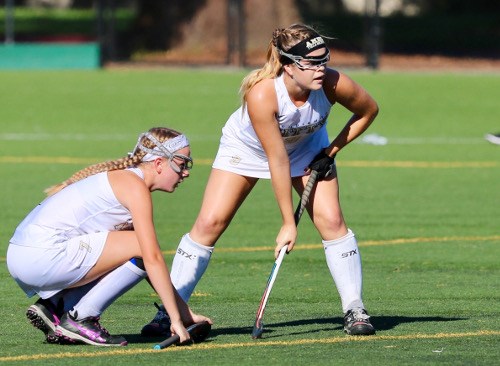 Among the rules revisions in high school field hockey for 2018 are changes designed to increase the pace of play, and a new penalty for a team having too many players on the field.

“The committee wasn’t looking to make wholesale changes to the rule book, but instead examined the existing rules to make sure they reflected the current trends of the game,” said Julie Cochran, NFHS director of sports and liaison to the NFHS Field Hockey Rules Committee. "The committee provided clarity for officials by redefining a dribble to include aerial dribbling, defined goalkeeper playing actions in and outside the 25-yard line, and established a penalty for a team having too many players on the field.”

Rule 4-4-8 now states that too many players on the field is a violation of the substitution rule, and the committee approved two new penalties concerning the new rule.

“Taking a free hit within 5 yards of the circle at the spot of the foul was one area that was identified in the NFHS annual questionnaire that coaches, officials and state association members were all in favor of changing,” Cochran said. “The committee felt this change would increase the pace of play by allowing for faster restarts in the game.”

A revision to the definition of dribbling in Rule 3-3-9 allows a player to maintain possession of the ball while moving it with the stick either on the ground or in the air. Previously, the ball’s movement was performed with a series of taps.

In other changes, the committee approved:

A complete listing of the field hockey rules changes will be available on the NFHS website at www.nfhs.org. Click on “Activities & Sports” at the top of the home page and select “Field Hockey.”

The NFHS Voice: Recognition and Thanks – Not Abuse – Needed for High .