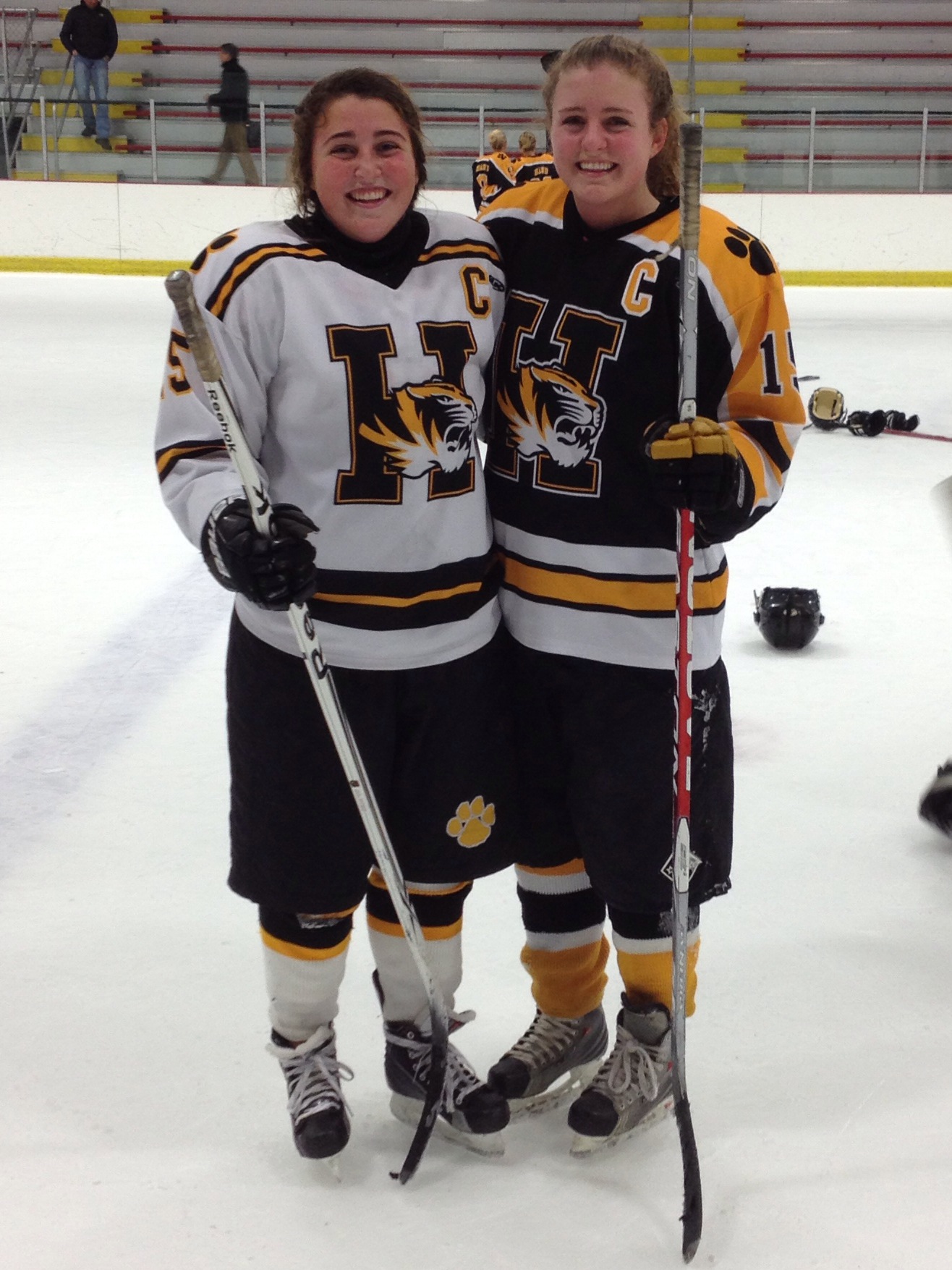 Grace Cummings, a student-athlete at Madison (Connecticut) Daniel Hand High School, has been selected the 2015 national recipient of the “National High School Spirit of Sport Award” by the National Federation of State High School Associations (NFHS).

Described as being fearless, tenacious, self-sufficient and self-motivated, Cummings is a highly accomplished three-sport student-athlete who plays field hockey in the fall, ice hockey in the winter, and tennis in the spring.

Cummings has been equally exemplary in the classroom, where as a high honor student she has maintained a glittering 3.98 grade-point average while taking all honor or advanced-placement college-level classes.

While those accomplishments are amazing in and of themselves, they are made even more remarkable by the fact that since a very young age Cummings has been challenged by serious health issues related to her liver.

At birth in 1997, Cummings had a choledochal cyst in the biliary tract of her liver, and just days later, she had extensive surgery to remove it. She was healthy until age two, when she developed her first episode of cholangitis – a bacterial infection in her liver that required her to be hospitalized two weeks on antibiotics.

Cummings had additional episodes in 2010 and 2011 that also required hospitalization on antibiotics. She had to have a PICC line inserted, which remained for many months. Cummings subsequently was diagnosed with Sclerosing Cholangitis, showed evidence of portal hypertension and cirrhosis – all of which put her on a list for a liver transplant in May 2012.

With that list being ranked by the MELD (Model End State Liver Disease) scores, Cummings had a low score and her diagnosis did not mesh well with the scoring system. The doctors told her family that Cummings needed a transplant as soon as possible.

Unable to locate a cadaver liver, with the assistance of the Yale Transplant Team, the Cummings family sought a live donor. Within three months, they located such a donor – a young man who was about to become a father. The donor had to first undergo a battery of tests and the transplant took place August 14, 2012.

Although that prevented Cummings from attending school and from athletic competition for six months, she maintained both her sterling athletic and academic regimens and has now returned to full capacity.

After being cleared to return to physical activities, Cummings again played her three sports, where she additionally served as captain of both the ice hockey and tennis teams.

On the academic side, she received national commendation for her high scores on the PSATs, and did extremely well on her SAT test, where she scored a perfect 800 in math and in the 700s for reading and writing. 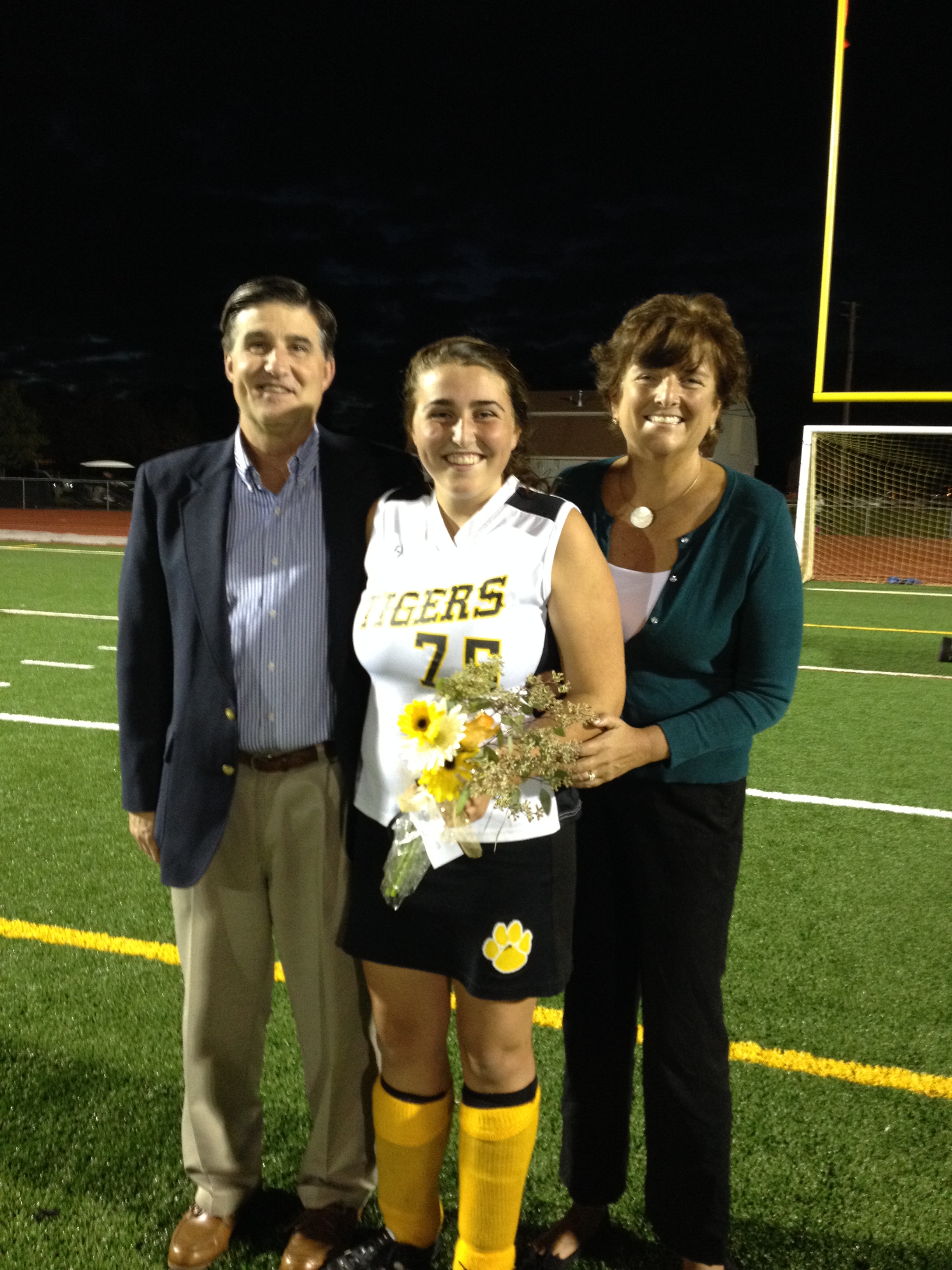 Grace and her parents, George and Colleen Cummings

In addition, Cummings will graduate on time and at the top of her class. With a particular interest in the areas of science and math, she intends to pursue those academic disciplines in college with a possible major in engineering.

In an effort to give back to others similarly afflicted and to thank those who helped nurse her back to health, Cummings has been a highly active advocate in the fight against liver disease. Among her efforts, she has been a walk ambassador and team captain for the American Liver Foundation’s (ALF) “Liver Life Walk,” for which she helped raise more than $40,000 for liver research and cures. She also received the “Quarter Century Salute “ from the ALF, and her walk team received the “Top Teen Team” from the foundation in 2009.

Although never one to complain – and while her new liver is exceptional - Cummings must remain vigilant in staying healthy and will be taking many medications for anti-rejection for the rest of her life.

Nominations for this award were generated through NFHS member state associations and reviewed by the NFHS National High School Spirit of Sport Award Selection Committee composed of state association staff members. While the national winner will be recognized June 29 at the NFHS Summer Meeting in New Orleans, Louisiana, the section winners will be recognized within their respective states and will receive awards before the end of the current school year.

The National High School Spirit of Sport Award was started in 2008. Including this year, eight individuals and three teams have been chosen national award recipients.