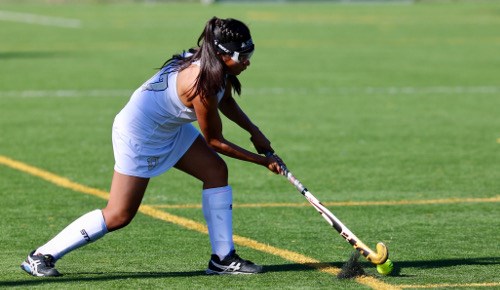 Rules regarding the completion of a penalty corner were among the changes for the 2019 high school field hockey season.

All rules changes were recommended by the National Federation of State High School Associations (NFHS) Field Hockey Rules Committee at its January 7-9 meeting in Indianapolis, and subsequently approved by the NFHS Board of Directors.

“The Field Hockey Rules Committee continues to examine current trends of the game and work on overall consistency in the rules book,” said Julie Cochran, NFHS director of sports and liaison to the NFHS Field Hockey Rules Committee. “While the sport continues to prosper, there are areas such as eye protection where the committee feels it is best to continue to research options for the betterment of the sport.”

Regarding eye protection, the committee voted to delay the requirement for all eye protection to be permanently labeled with the ASTM 2713 standard for field hockey at the time of manufacture. Rule 1-6-5, which previously had an implementation date of January 1, 2019, now will require permanent labeling beginning in the 2020 season.

“The adjusted date to permanently label goggles is a response to the limited supply currently on the market,” Cochran said. “The committee believed the extension of the timeline will assist production and distribution to help those purchasing new goggles.”

Changes in the criteria for the completion of a penalty corner during regulation and extended play align NFHS rules with other rules codes.

Rule 10-3-1 now states that an awarded penalty corner is complete when a free hit is awarded to the defending team, when the ball is played over the back line and a penalty corner is not awarded, and when a defender commits an offense which does not result in another penalty corner.

The changes to Rule 10-3-2 specify rules concerning a penalty corner as they pertain to extended play only. The newly adopted language is as follows:

In Rule 9-1-1 regarding a free hit, the committee clarified that the ball should be placed within playing distance of where the foul occurred to improve consistency in the reset of play.

In other changes, the committee approved:

A complete listing of the field hockey rules changes will be available on the NFHS website at www.nfhs.org. Click on “Activities & Sports” at the top of the home page and select “Field Hockey.”

According to the 2017-18 NFHS High School Athletics Participation Survey, field hockey has 59,856 girls participating in more than 1,700 schools nationwide. Additionally, there are 12 schools with 473 boys participating in the sport. 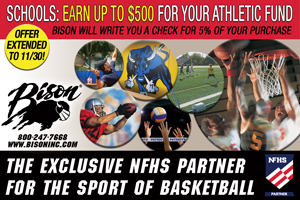