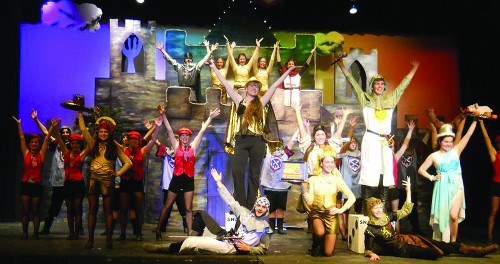 Teamwork. 21st Century Skills. Standards. These are all terms used in education as fundamental goals and ideals. In the performing arts, teamwork and standards have been common practice for as long as there have been performing groups – literally thousands of years. Bringing these things into focus in the 21st century educational landscape is largely an issue of semantics at this point for arts teachers; however, education decision-makers are realizing that performing arts offerings teach the very things that are being emphasized – working in a team, cooperating for a group goal, having a discrete role in the group, and so on.

In a high school band setting, there are several inherent factors that contribute to developing team concepts that are embedded in the rehearsal process. The conductor stands at the front of the group and directs the rehearsal. The players sit in sections by instrument. These are examples of the physical set-up helping to establish roles.

There’s a date for the concert and an expectation for how the group will sound at the concert. Goal setting! The rehearsal process aims at long-term skill development, but “checks in” at the concert dates. The post-performance reflection allows for big-picture thoughts on how the performance went, what they should change and what to keep the same.

It is also noteworthy that there aren’t many classes in a typical high school curriculum that put the product of the classroom learning on display to the public – live! When performing arts groups give a concert or put on a play, the whole group is out there together, relying on each other to help make the performance represent what they’ve been doing in the classroom during preparation time. In many of the most authentic and demanding situations, they even perform without an adult on stage with them.

In addition to what’s inherent in the process, there are strategies and techniques that can be intentionally introduced by the educator to make additional connections – or make the connections more obvious to the students. For example, in a band class, the complexities of learning an instrument consume so much attention that it is often not until the high school years that a student realizes that individual preparation is only a small part of making the ensemble sound good. So, the director breaks down passages, highlighting who has the melody, or who has the most interesting rhythm, etc.

In an acting environment, the director can have the students carry on improvisational, small-group scenes where the only response from one actor is a single word (for example “what” or “no”) that has to be altered by tone, volume, body language and a host of other variables to convey a variety of meanings. This type of activity builds acting skills, but also teamwork because one student cannot achieve the same results without the help of another.

As students grow in these environments – learning skills and acquiring knowledge about their content area – the relationship-developing aspect of the performing arts should not be overlooked.

In a choir, there might be a tenor who sings with sublime skill and exquisite musical expression. Standing right next to that student, there might be an alto who struggles to match pitch and has difficulty producing a desirable tone. Those two students are going to perform in the same concert together and will reap the rewards (or share the disappointment) together.

This is an example of how relationships are forged in performing arts classes. These relationships are different from the relationships that are formed in other classes, not only in that the work is almost exclusively group work, but also from the perspective that in most high schools, students work together with a constant teacher and similar group of students for a longer time than most classes. 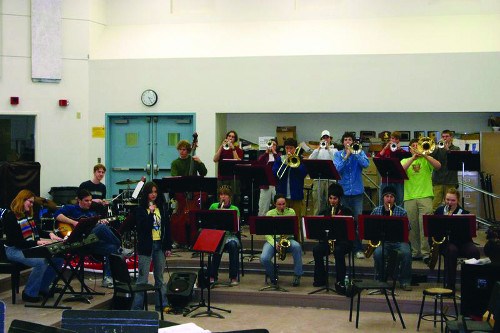 Certainly, there are students who enroll in a performing arts class for only one semester, but it is much more common for a student to sign up for times ranging from a whole year to four years. Because the relationships stay relatively constant, the first stage of team building is already in place, so more time is invested in growing the relationships. This extension of existing relationships is also facilitated because the nature of performing arts is to have the students interact with each other almost constantly – and almost constantly making ART!

The many types of artistic expression provide a variety of avenues that appeal to many types of learners. Instrumental music tends to attract more introverted students, whereas acting and choral offerings attract more extroverted students. In any event, there is an option for most student personality types. With this in mind, there has been a recent surge in schools offering classes that appeal to a wider interest base than traditional band, chorus, orchestra and theatre classes.

Some schools have built jazz ensembles into the school day. Others have started rock band classes, guitar orchestras and other types of performing arts offerings as a way to connect with as diverse a population of students as possible. Dance is a discipline that reaches an entirely different segment of the student population, but it is not common to find in high school curricula. Perhaps as more schools seek to find ways to implement more arts offerings, this will change.

The buzz around 21st century skills continues to advocate teamwork, goal setting and standards. Through education in the performing arts, students can work on these skills in authentic settings and use their brains in ways that are different from most other classes. The performing arts provide a fabulous environment to work on these skills as an essential part of what the discipline demands.

Andrew Miskavage is a music educator, active performer and outdoors enthusiast in Vermont.