The New Rules
On May 18, 2016, the United States Department of Labor (DOL) announced the final version of new standards revising the Fair Labor Standards Act (FLSA) minimum wage and overtime requirements and establishing an implementation date for the updated regulations of December 1, 2016. The core component of the new rules is an increase to the minimum salary level required for salaried “white collar” workers – employees whose primary job duties are executive, administrative or professional in nature – to be considered exempt from the FLSA. The new standards raise the compensation threshold from $455 per week ($23,660 annually) to $913 per week ($47,476 annually).

The importance of the change for schools and athletics programs is that under the old scheme, “white collar” employees earning an annualized salary of at least $23,660 were considered exempt and could work unlimited overtime hours with no overtime pay owed to them. Now, any salaried worker making below $47,476 will need to be compensated at time-and-a-half (of the employee’s salary broken down into an effective hourly rate) for every hour worked beyond 40 in a workweek. The financial repercussions of the change may be severe for many districts because of the likelihood that a significant percentage of school and athletic program employees across the country earn between $23,660 and $47,476 and those who do will have their status shift on December 1, 2016, from FLSA-exempt to non-exempt.

Therefore, in addition to ensuring FLSA compliance for all school employees with regard to the hours they work performing their regular job duties, one of the additional challenges presently facing districts is the imminent necessity of reclassifying everyone who plays a role in school extracurricular activities or athletics to evaluate whether they are exempt from the FLSA or whether they are entitled to overtime for what are often extensive hours worked beyond 40-per-week as measured by the sum of the time spent on their regular job duties combined with the hours worked in assisting with scholastic sports, theatre, choir, band, orchestra, debate, forensics or clubs through service as coaches, assistant coaches, athletic trainers, activity or club sponsors, or any of the variety of support positions for school events such as ticket sellers, ticket takers, ushers, concession workers, public-address announcers, statisticians, scoreboard operators, scorebook keepers, security officers or event supervisors.

Over the past 15 years, approximately 40 percent of all complaints filed with the DOL’s WHD have involved non-exempt school employees seeking to recover unpaid minimum wage and overtime from their districts, with such complaints often leading to federal lawsuits. When an aggrieved worker is successful with an FLSA complaint or suit, the remedy is generally three years of back-pay for the amount of minimum wage and overtime owed in arrears to the employee, with the ensuing sum doubled as a liquidated-damages “slap on the wrist” to the employer for its wrongdoing, typically resulting in a total of $10,000+ per complainant or plaintiff, and in some cases an award of tens of thousands of dollars to the successful litigant. Although a school district may be able to absorb the damages from an occasional, isolated FLSA case, the trend is that an award of damages to one non-exempt district employee triggers a flood of litigation by other employees – often numbering in the hundreds in larger districts – and sometimes resulting in millions of dollars of liability for those school systems. 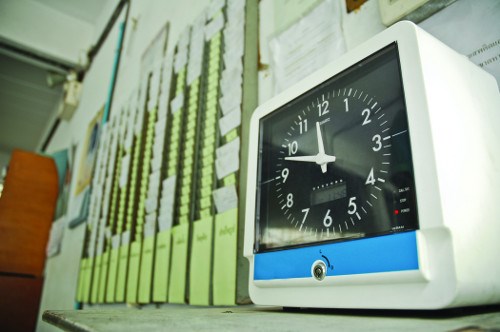 Why Were Revisions Made to the Law?
The process of revising the old FLSA rules began on March 13, 2014, when, based on concerns about many employers abusing relatively low-paid (just above $455 per week and $23,660 annually), salaried workers by requiring them to work exceptionally long hours – often 50, 60, or 70+ per week – without any overtime pay, the White House issued a Presidential Memorandum directing the DOL to modernize and streamline the regulations governing which workers are entitled to the protections of the FLSA’s minimum wage and overtime standards.

In recent years, many employers with hourly-paid, non-exempt workers who were accruing significant amounts of time-and-a-half overtime pay had adopted strategies of shifting those workers to salaries just above $455 per week ($23,660 annually), revising their job descriptions to include form-over-substance managerial duties so that the employees could be shoehorned into the technical definition
of performing “white collar” executive or administrative duties, and thereby evading the obligation of paying those now-exempt employees overtime. Many hourly-paid workers in the retail sector, in restaurants and food services, in factory work, in delivery and transportation jobs, and in the hospitality industry were “promoted” into salaried, quasi-managerial positions with the ensuing loss of all of the overtime they had been earning, resulting in a steep decline in their real income and take-home pay.

The FLSA salary thresholds had not been indexed upward to account for inflation or increases in the minimum wage since the threshold of $455 weekly and $23,660 annually was established in 2004 and, in May 2016, after a two-year period of legally-mandated public input during which more than 270,000 recommendations were received by the DOL from a variety of interested stakeholders, including school districts and education associations, the decision was made to set the new minimum salary level for exempt status at the 40th percentile of earnings of full-time salaried workers in the lowest-wage U.S. Census Region of the country (presently the South) with that amount being $913 per week ($47,476 for a full-time, 52-week worker).

On September 20, 2016, a 21-state coalition led by Texas filed a federal lawsuit challenging the FLSA changes and seeking an injunction to prevent implementation of the new rules on December 1, 2016. Given the fact that the DOL adhered to all of the requirements of the federal rule-making process and that there had already been a two-year window of time for such challenges, the likelihood of a delay in implementation appears to be low. As of thecopy deadline for this article, no action had been taken by the federal court in Texas where the suit was filed.

The Precise Requirements of the Law
The FLSA mandates that a non-exempt employee must be paid at least minimum wage for each hour of work for his or her employer up to 40 per week and must be paid overtime (at least timeand-a-half) for each hour of work in excess of 40 per week. After December 1, 2016, in order to be considered exempt from the minimum wage and overtime mandates of the FLSA, an employee must satisfy three criteria:

It is important to recognize that for an employee to be considered exempt, all three of the above-stated requirements must be met – the worker must be salaried, satisfy the salary threshold and have exempt job duties. However, notably, the salary level requirement does not apply to teachers (FLSA §13(a)(1) and 29 C.F.R. §541.303), therefore, the changes taking effect on December 1, 2016, will not impact the use by schools of teachers as coaches, event workers, or sponsors of extracurricular activities.

The FLSA also establishes four broad categories of exceptions where even non-exempt personnel are not subject to the law’s minimum wage and overtime requirements – volunteers, trainees, independent
contractors, and occasional and sporadic activities – precise definitions of which are set forth in the statute and supporting federal regulations at www.dol.gov/whd. It is important to note that each of these categories of exceptions requires satisfaction of multiple, highly-specific criteria that are beyond the scope of this article, but with which district personnel responsible for FLSA compliance need to be familiar.

Also included in the new standards taking effect on December 1, 2016, are three other changes: 1) an increase in the minimum salary for “highly compensated” exempt employee status from $100,000 to $134,004; 2) an automatic update of the salary thresholds for both exemption status and highly compensated status every three years beginning on January 1, 2020; and 3) an option for employers to count incentive compensation to satisfy the salary requirements.

Recommended Compliance Strategies for Schools
In order to proactively ensure adherence to the requirements of the law and minimize the likelihood of successful administrative complaints or federal lawsuits by employees, schools should create an FLSA Compliance Policy that includes the following components:

 Attempt to use the excess hours up to 40 per week of non-exempt employees who presently work only 25, 30, or 35 per week and for which the payment of minimum wage up to 40 would reduce costly overtime rates.

 Require written authorization for less-than-40-hour, non-exempt employees to work overtime and ensure that such limits are adhered to by workers.

 Attempt to shift non-exempt employees to the status of volunteers by ensuring compliance with all three criteria for the exception (see the DOL Opinion Letter) and the federal court case Purdham v. Fairfax County School Board which is available full-text on Google Scholar).

 Evaluate whether any non-exempt employees might fall into one of the other broad exceptions to the FLSA such as independent contractors, trainees, or occasional and sporadic activity workers (details are available at www.dol.gov/whd).

Lee Green is an attorney and Professor Emeritus at Baker University in Baldwin City, Kansas, where for 30 years he taught courses in sports law, business law and constitutional law. He is a member of the High School Today Publications Committee. He may be contacted at Lee.Green@BakerU.Edu.