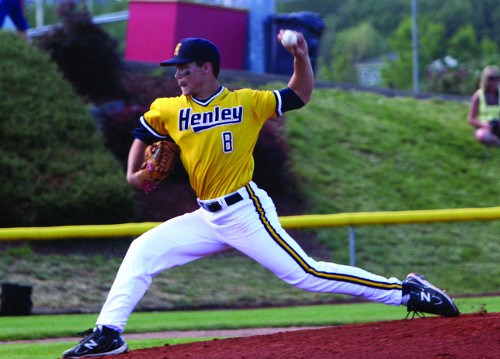 A handful of the member state high school associations using NFHS rules in the sport already had some sort of rule in place regarding pitching, whether based on pitches or innings, so the magnitude of the rules change varied from state to state.

While the variables on the pitching rules differ from state to state, High School Today sought coaches in states that adopted new rules in 2017 to gauge the general reaction after their first season playing under the new guidelines. Despite the seemingly seismic modification, the feedback from the coaches interviewed almost universally favored the new rules.

Every coach we talked to believed that pitches thrown was a better measuring stick than innings thrown, but several were quick to point out that pitches don’t always tell the true story of the amount of stress endured or energy exerted in a game.

“I am really not a pitch count person,” said Ron Vincent, baseball coach at J.H. Rose High School in Greenville, North Carolina. “I think the rest between outings is the most important part. Most of my pitchers cannot return after four days if they throw 105 pitches. I really do not like to pitch guys on little rest, but with the current count (in North Carolina), a player could still pitch more per week than is good for him.”

Another overriding concern was how the rules impacted schools with smaller roster sizes.

“I have had to pull pitchers out of games because I really have to look ahead to make sure I have enough pitches left for the rest of the week,” said Darren Loschen, principal and baseball coach at Armstrong (Illinois) High School, a school with about 140 students. “One of the things I have had to do is to try to make pitchers out of other players who really don’t want to pitch, but we have no choice because our other pitchers have used up their pitches and can’t pitch that day.”

Most states require dugout personnel to track pitches and confer during games to ensure their accuracy before posting into an online database after the game. That isn’t the case in the Peach State, however, where the new rules have made a financial impact on Georgia High School Association (GHSA) schools.

“The financial impact on our schools is substantial,” said Ernie Yarbrough, GHSA associate director and coordinator of officiating. “Pitch Count Monitors receive half an official’s game check, plus mileage, for all varsity and sub-varsity games. If a school schedules 15 varsity home games and 10 sub-varsity home games, that expense could be well over $1,000 in a season.”

Several coaches noted that after using the new rules for a season, some slight tweaking would likely be necessary. For example, in Illinois, the IHSA’s Baseball and Sports Medicine Advisory Committees agreed to a moderate increase in a pitcher’s maximum pitch limit from 105 pitches to 115 pitches in the postseason, when arms should be conditioned for a larger workload.

Building on the idea, Vincent, the North Carolina High School Athletic Association’s all-time winningest baseball coach, said he hopes that someday their restrictions could evolve along with the season.

“I would like to see a sliding scale that allows fewer pitches early in the season and more as the season goes on and the weather gets warmer and the pitchers are in better shape,” Vincent said.

One source of frustration that was reported consistently coast-to-coast among the coaches interviewed had nothing to do with the new NFHS rule, or the restrictions implemented by their respective high school associations. Their concern was directed at the lack of oversight for the athletes when participating on teams outside the high school.

“Coaching staffs can only control when a pitcher throws with them, either during practice or in a game,” said Brian Storako, baseball coach at Lemont (Illinois) High School who has won two Illinois High School Association (IHSA) state championships. “I think it would be more beneficial to players if all organizations and coaches adopted some sort of pitch limitation program. Many of the issues I have seen with players are a direct result from year-round practices with either travel programs or individual coaches.”

A lack of a true governing body, or oversight, creates difficult hurdles for controlling pitch limitations outside the high school game, but Jesse Benedetti, baseball coach at East Valley High School in Yakima, Washington, believes that state legislatures can help address this issue, as many have done with concussions.

“Like the concussion law, I believe there should be a statewide rule to protect all kids from coaches who abuse pitcher’s arms,” Benedetti said. “I could go on and on about what I see with the summer and travel teams and how hazardous it has become for baseball pitchers. In my opinion, here in Washington the vast majority of arm injuries stem from abuse in these programs.”

Like any major rule change, it will never be universally accepted or the terms in each particular state agreed upon, but the majority of the coaches we spoke with seemed to echo at least one, if not more, of the sentiments that Carrboro (North Carolina) High School head coach Kevin Ladd shared.

“I agree 100 percent with a pitch count limitation policy,” Ladd said. “It gives more kids a chance to pitch. The policy levels the playing field so a team can’t rely on one or two arms. It creates more strategy during the game for coaches. Most importantly, it protects the kids. No win is more important than a kid’s short- or long-term health.”