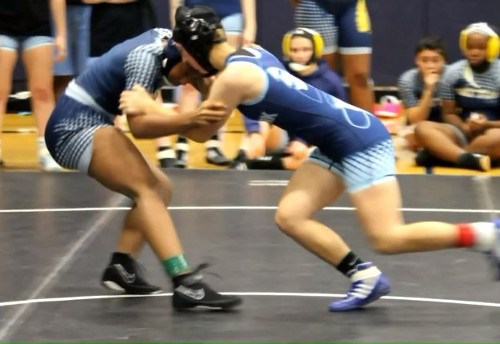 It's being called a victory for high school athletes in the metro.

The sport of wrestling is no longer reserved for boys only, as Missouri schools are leveling the playing field. Missouri is now the ninth U.S. state to sanction girls wrestling as a championship sport at the high school level.

A big step toward athletic equality begins by getting down and dirty. That fact could be seen in action at Oak Park High School on Friday, as 82 wrestlers, 12 of whom are female, crowded into the school's wrestling practice facility. Oak Park High is one of roughly 25 Missouri-based schools in the Kansas City metro adding a girls wrestling team.

The Missouri State High School Activities Association, the governing body for the Show-Me State, approved the new sport for the current school year. The Facebook group Growing Girls Wrestling in Missouri and Surrounding Areas says as many as 87 MSHSAA schools have added girls wrestling teams, rather than requiring female wrestlers to join boys teams and compete against male opponents.