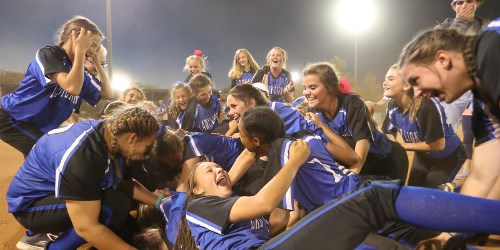 Led by the largest one-year increase in girls participation in 16 years, the overall number of participants in high school sports increased for the 28th consecutive year in 2016-17, according to the annual High School Athletics Participation Survey conducted by the National Federation of State High School Associations (NFHS).

Based on figures from the 51 NFHS member state high school associations, which includes the District of Columbia, the number of participants in high school sports reached an all-time high of 7,963,535. The increase of 94,635 participants from 2015-16 is the largest one-year jump in overall participation since the 2008-09 school year.

Thanks to increases in all of the top 10 participatory sports, the number of girls participants reached an all-time high of 3,400,297. The increase of 75,971 from the previous year is the largest one-year jump since the 2000-01 sports participation report.

“As we celebrate the 45th anniversary of Title IX this year, this report on girls participation numbers underscores the significance of that important decision in 1972,” said Bob Gardner, NFHS executive director. “It is great to see an ever-increasing number of girls taking advantage of that opportunity to compete in high school sports.”

With 14,099 high schools offering 11-player football, the decrease of 25,901 participants amounts to fewer than two individuals (1.8) per school, and an overall decrease of 2.5 percent.

“While we are concerned when any sport experiences a decline in participation, the numbers do not substantiate that schools are dropping the sport of football,” Gardner said. “The NFHS and its member state high school associations have worked hard to reduce the risk of injury in high school football, and we are pleased at the continued strength of the sport across the country.”

Amazingly, this year’s survey indicated that more than 60 different sports were offered by high schools nationwide, from judo and kayaking, to fencing and rugby, to snowboarding and rodeo. Some of the more popular non-traditional high school sports were badminton (17,184), archery (9,767), crew (5,179) and fencing (4,100). 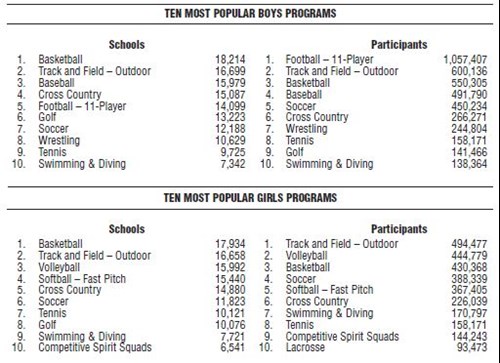 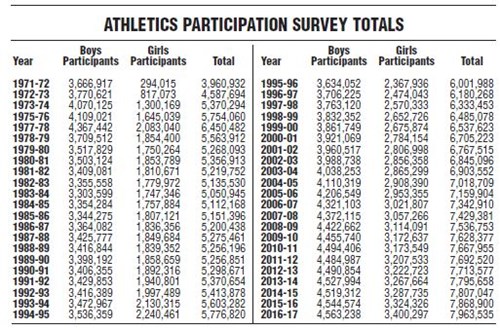