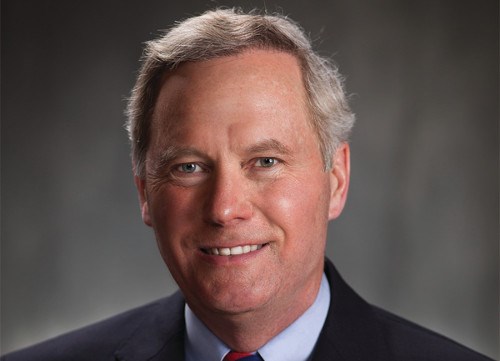 John Gillis, who has served on the administrative staff of the National Federation of State High School Associations (NFHS) for 30 years, has announced his intent to retire, effective at the end of this month.

Gillis, a native of South Dakota, joined the NFHS staff in 1989 in Kansas City to administer the National Federation’s High School Game of the Week on SportsChannel America, but he spent the majority of his years in the Publications and Communications Department, where he was a writer, editor, assistant director and head of the internship program.

“John made tremendous contributions to numerous NFHS publications during his 22 years in our department,” said Bruce Howard, NFHS director of publications and communications. “His work with developing the Court and Field Diagram Guide and our internship program, and his expansion of the Record Book continue to benefit the NFHS today. We will miss his passion for high school sports, but we wish him the best as he moves on with the next step in his life.”

Gillis, who earned his bachelor’s and master’s degrees from the University of South Dakota, was a staff writer for the Sioux Falls Argus-Leader newspaper and director of public information for Dakota State College in Madison, South Dakota, for six years before joining the NFHS staff. He began his professional career in his hometown of Mitchell, South Dakota, as an account executive for the Mitchell Daily Republic newspaper and as director of creative services and continuity for KDLT-TV in Mitchell.

Gillis, who is the second-longest tenured administrator in the history of the NFHS, plans to return to the Kansas City area at the end of this month.