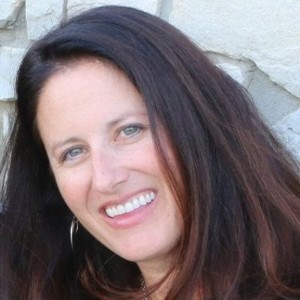 Cochran will succeed Becky Oakes, who is retiring this summer after 11 years on the NFHS staff and 23 years with the Missouri State High School Activities Association.

Cochran is the administrator for the activities of track and field, golf, volleyball and music for the IESA, which governs competition in several sports and activities for more than 800 elementary and middle schools in Illinois. She also has assumed responsibility for the emerging sports of boys volleyball and soccer.

In addition to planning and directing state tournaments in the aforementioned activities, Cochran is the rules interpreter for these sports and activities, and she has managed the organization’s merchandising efforts and negotiated ball contracts. She also has been rules editor of Scholastic Bowl for 12 years.

Cochran is a graduate of the College of Wooster in Ohio, where she was a four-year starter on the women’s soccer team. She began her professional career in 1994 as athletic marketing and promotions assistant at the University of Louisville, where she generated 10 new accounts in a little more than a year. Cochran then earned her master’s degree a year later from Temple University in Philadelphia.

In 1995, Cochran joined the athletic department staff at Illinois State University as athletic event manager, where she was responsible for organizing, staffing and managing all home events for 19 varsity sports. In 1998, her duties were expanded to include director of Redbird Arena on the Illinois State campus, and she remained in that position until joining the IESA staff in 2001.

“Julie has a great background in the administration of sports programs at the middle school level, and we believe she will bring tremendous knowledge and energy to this position on our staff,” said Bob Gardner, NFHS executive director. “She has been involved in many programs and activities with the IESA, and she has a number of skills that will be beneficial as our new director of sports. We look forward to having her on board this summer.”

Cochran will serve as staff liaison, rules interpreter and editor of NFHS publications in the sports of track and field, cross country, volleyball and gymnastics. She also is expected to work with the NFHS Task Force on Inclusion and assist with workshops for the NFHS Summer Meeting.