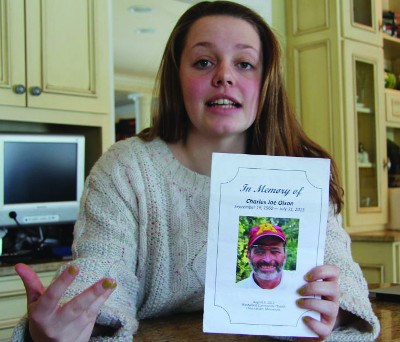 From the cultural epicenter of the Twin Cities, Josie Ross has embodied the very best the performing arts offer. Ross’ tremendous talents and accomplishments in the arts have been matched, perhaps even exceeded, however, by her selfless nature and her unyielding desire to help others.

As a result, Ross, a student at St. Louis Park (Minnesota) Benilde- St. Margaret’s (BSM) School, has been chosen the recipient of the 2017 National High School Heart of the Arts Award by the National Federation of State High School Associations (NFHS). She will receive her award June 29 at the NFHS’ 98th Annual Summer Meeting Opening Ceremony at the Dunkin’ Donuts Center in Providence, Rhode Island.

In addition to her exemplary 3.96 grade-point average and membership in the National Honor Society, Ross has been involved in many activities and clubs.

Ross has participated in numerous performing arts activities, including debate, speech and choir. Among her many awards in this area are the Minnesota State High School League ExCEL Award and the Benilde-St. Margaret’s School Outstanding Character Award.

However, it is the realm of theatre that could accurately be described as her true passion.

Among her theatre accomplishments, she’s a four-year cast member of the One-Act Play, a performer in multiple school musicals and plays, and has received several Hennepin Theatre Trust Spotlight Theatre Awards.

“My favorite performing arts activity at the high school level is one-act competition,” Ross said. “You’re not just an actor alone – you have to take on the roles of being a stagehand and a prop master as you collaborate with others.

“Winning this award is truly an honor. It also affirms how my involvement with Benilde-St. Margaret’s School and the Minnesota State High School League have impacted me. Leaders in both of these organizations have educated me in the arts and have given me opportunities to experience the professional Minneapolis theatre scene. More importantly, however, these mentors have taught me to give back to the community. Therefore, although I am extremely grateful for this recognition, this award stands as a testament for the work my mentors have done along my journey as an artist.“

Among Ross’ efforts to assist others, she helped a high school freshman named Jake Ross (no relation) who was being bullied at school. Due to Jake’s and Josie’s efforts, Minnesota has since enacted an anti-bullying law.

Ross was also able to bring to her high school as a speaker Mary Beth Tinker, who has been a First Amendment Rights activist since the 1960s.

“I always like it when teachers write to me, but when students do, it’s really special,” Tinker said. “I have to thank Josie for caring enough about the First Amendment to invite me and to set up a wonderful day for the students to explore the history of it.”

In yet another such instance, several years ago Ross met Rachel Olson when they were cast together in the Chaska Valley Family Theatre’s (CVFT) production of “The Sound of Music.”

Rachel’s parents – Chuck and Debra Olson – were born with hearing, but both became deaf as young children. While they always attended Rachel’s performances, they were never able to fully enjoy them due to being deaf. 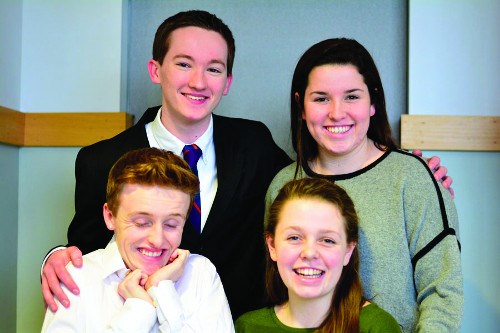 When Rachel performed in the CVFT’s production of “Seussical, the Musical,” Ross arranged for an American Sign Language interpreter to sign for the audience, thereby enabling Rachel’s parents to truly enjoy their daughter’s theatre performance.

“My parents always attended all of my chorus productions and dad would film everything,” Rachel noted. “I didn’t even realize about accessibility options. Josie just took it upon herself to provide interpretation services. My parents were so thankful to be able to go out after the show and I could ask them what they thought about it.”

Ross’ instructors, directors and administrators at BSM universally sing her praises. During the past four years, Maura Brew of the BSM English Department has directed her in the school’s “One-Act Play” productions of “To Kill a Mockingbird,” “Falling,” “These Shining Lives” and “Almost Maine.”

“Josie is an extraordinarily focused and conscientious actor,” Brew began. “From the moment the play is announced, she researches it and really inhabits the role in which she’s cast. She’s on task from the first rehearsal and is a generous performer who is always focused on the success of the group as a whole.

“Josie has been a choir student of mine since seventh grade and is currently in our elite a cappella choir, the Red Knotes,” said BSM Musical Theatre Director and Director of Vocal Music Nancy Stockhaus. “I’ve also directed her in two junior high and four senior high musicals. When she’s on stage, your eyes go automatically to her because she’s so committed to the part she’s playing whether large or small.”

“Josie has no fear,” said BSM Principal Susan Skinner. “She sees a vision for what can be, takes action, gathers support, works the plan and sees it through to fruition. All the while she carries herself with humility and an endearing sense of humor.

“If you ask Josie what she foresees in her future, she will tell you she wants to be an educator. This warms my heart. I would give anything to have her back at BSM on our faculty. When I think about Josie’s gifts and talents, I can only imagine what great things she will accomplish. Faith-filled, joy-filled and purpose-filled – that’s Josie.”

Not surprisingly, Ross’ parents fondly recall her introduction to theatre and have been able to watch her skills blossom over the years.

“I believe Josie first became interested in theatre when her dad took her to see ‘Peter Pan’ when she was three years old,” recalled Josie’s mother, Gail. “Her first part was in ‘Babes in Toyland,’ in which she played a doll in a toy store. Josie had no fears performing and was a quick study. 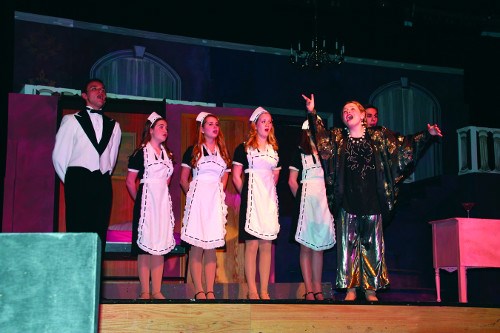 “I am most proud that Josie has stayed true to herself. I think Josie genuinely cares. Whenever a parent comes up to me and says Josie has helped them by including their child, that is when I am most proud.”

“Josie has a great ability to gather people, to make them feel welcome and to in turn motivate them,” said Josie’s father, Randy. “She puts people at ease and she also makes certain that everybody is included as part of the group.

“Josie has done service work both within and outside theatre. Among those, she volunteered for two consecutive summers as a full-time teaching apprentice at the Minnesota Children’s Theatre Company.”

“I think my desire to help others comes from an idea that my sister, Mary Pat, had,” Ross said. “People are either extremely lucky or extremely unlucky relative to where they were born and the situation in which they grew up. I grew up with a lot of privilege and was able to perform in theatre.

“I realized that a lot of people don’t have access to ‘X, Y or Z.’ People can work as hard as they want to, but if people don’t have help, they’re not going to be as successful as they potentially can be. I think it’s really necessary to level out the playing field by helping others. There’s a sense of joy in helping make other people happy.”