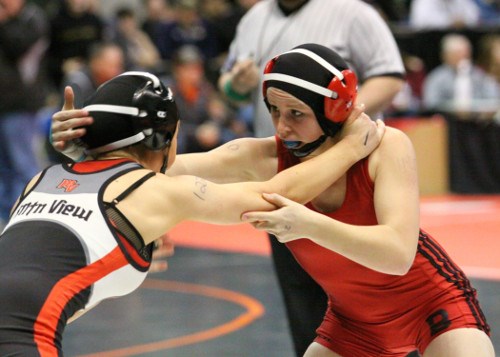 From the Statesman Journal:

In the championship model approved by the Executive Board, girls will be able to compete against girls for an official girls state championship or in the bracket against boys starting in the 2018-19 school year.

As opposed to sanctioning girls wrestling as a separate activity in Oregon — as is the case with sports like tennis, basketball and soccer — girls will have their own division for state championship under the wrestling banner, much like how Class 6A is its own division for wrestling.

“Depending on the growth of girls wrestling and as they develop, you could see the OSAA Executive Board request to them to sanction girls wrestling,” said OSAA Assistant Executive Director Brad Garrett, who oversees wrestling.

Read more from the Statesman Journal.