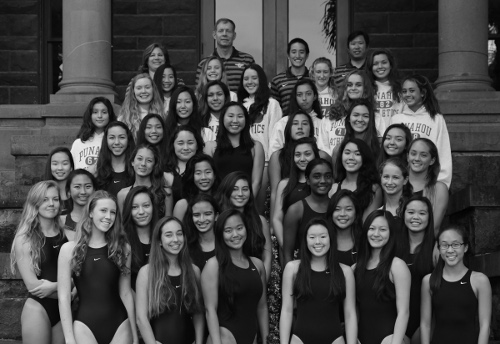 Located in the idyllic setting of Honolulu, Hawaii, with the Pacific Ocean as its backdrop, the Punahou School’s boys and girls swimming programs have enjoyed great success over the years.

Although not an actual category, the NFHS’ National High School Sports Record Book states that the Punahou School boys and girls swimming programs have combined for a national-best 92 state championships.

On the boys’ side, Punahou’s 44 HHSAA state championships also from 1958 to 2014 ranks second only to Louisville (Kentucky) St. Xavier High School’s 48.

Interestingly, for many of those years, the same person successfully coached both the boys and the girls swimming programs.

At the top of that list are current coach Jeff Meister, who has led the Buff n’ Blue to 27 collective state titles (12 for boys and 15 for girls), and former coach Steve Borowski also with 27 state championships (14 girls and 13 boys). They are followed by Tom Haine with 23 state titles (12 boys and 11 girls).

“Tom Haine is not around anymore - I think he has passed away,” Meister said. “Steve Borowski is still working and living on the Big Island of Hawaii. He was my coach the first year I swam at the University of Hawaii (UH), when he was head coach of both the Punahou and UH teams. He takes great pride in his ‘match-making’ my wife and me many years ago. Steve has been a great influence on me as both a coach and as a person.”

Over the years, numerous Punahou student-athletes have gone on to distinguish themselves beyond their high school days.

Among former male swimmers is Buster Crabbe, who graduated in 1927 and earned bronze and gold medals in the 1928 and 1932 Olympic Games, respectively. Crabbe went on to a successful movie career portraying Tarzan, Flash Gordon and Buck Rogers. 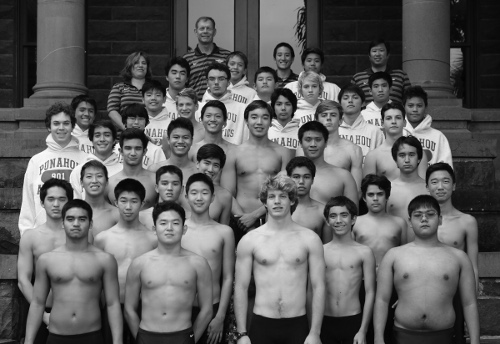 Although not a swimmer there, 1979 graduate U.S. President Barack Obama was a 6-foot-1 basketball forward for Punahou School. Another Punahou alum who went on to great athletic success is four-time Ladies Professional Golf Association winner Michelle Wie, who graduated in 2007.

“President Obama graduated from Punahou in 1979 - the same year as my wife,” Meister said. “He comes back to Hawaii every Christmas. Since he has been president, he has not come back to campus, but when he was campaigning and when he was president-elect, he came back and played basketball here on campus with some old friends. We're very proud that he is a ‘Son of Oahu,’ as we call many of our distinguished graduates. People like Steve Case, Manti Teo, Michelle Wie and Carissa Moore are just a few of our more recent graduates.”

Not surprisingly, Meister is a former swimmer who was introduced to the sport at a young age.

“I began swimming at age 13 when my parents told me I wouldn't be lying around all summer,” Meister said. ”So, they signed me up for the team that my older brother and younger sister were swimming with - The Schofield Sharks here in Hawaii. My dad was in the military, so we moved from Hawaii to North Carolina for my high school years (1972 to 1976), where I attended and swam for Pine Forest Senior High School in Fayetteville. I then came back to Hawaii where I swam for the University of Hawaii for three years. In 1980, the U.S. boycotted the Summer Olympics, and that was when I stopped swimming - not that I really had any chance of making the team.”

Like any successful athletic program, the Punahou boys and girls swimming programs can attribute that success to a number of factors.

“I think the greatest reason for Punahou's success is the tradition of the sport and the school,” Meister suggested. “People here take great pride in being a part of a Punahou team, just as they do in our dance, music and other programs. We talk about and teach our history to our athletes and they work hard to uphold the tradition. In addition, we are blessed to have a lot of talent, but we work hard at making the most of the talent and creating a ‘team’ approach to an ‘individual’ sport. Our philosophy is that we try to find a spot for anyone who wants to be a part of the team. We average between 75 to 100 swimmers in our junior varsity/varsity program and another 50 to 75 on our intermediate (middle school) team. At Punahou, academics take a priority, so all of our coaches work with schedules that need to be flexible and creative at times.“ 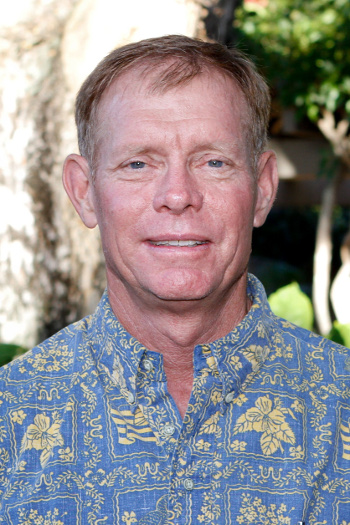 At a little past the midpoint, the 2014-15 season has been a successful one for Punahou.

“Our season is conducted in the winter here – it begins in mid-November and concludes in late February. The state tournament is held on a rotating basis here in Hawaii with every year traveling to a different island. This year, it is here on Oahu February 20 and 21. Last year, it was held on the Big Island and next year we'll go to Maui. Fun for our kids and fun for others to visualize swim championships on all the Hawaiian Islands.”

With consistently strong participation numbers, the Punahou swimming programs strive to develop student-athletes who are well-rounded beyond simply what they do in the pool.

“Some of our most-talented kids are ‘great’ in other areas and we are just as proud of that as we are of their times,” Meister said. “So many of our varsity kids are not only great in the pool, but academically they are strong. They spend a lot of time providing community service and giving back not only to Punahou, but to the community at large.

“Two of our more highly publicized girls so far this year are both sophomores - Lia Foster and Madison Balish. Lia swims fly and back for us, while Maddie swims the breaststroke and IM. We are lucky to have a strong group of sprinters and our depth is pretty good in many events. Our divers are also strong and may in fact help push us over the top this season if we are fortunate enough to repeat as state champs in late February.

“On the boys’ side, junior Aukai Lileikis is getting a lot of attention from colleges right now. He is so versatile, he could swim almost anything for us. His times in the 200 IM, 200 Free and 500 Free will place him high nationally and he can come down to the 50 Free and 100 Free and be very competitive as well. Our relay depth will be good and we'll likely have boys who will place in just about every event for us this year. We are also optimistic for our divers to step up.”

“We have a 50-meter outdoor pool and it is full all the time. Between swimming (both genders school and club) and water polo, there isn't much room for anything else. Physical education classes occupy the facility from 7:30 a.m. to 2:30 p.m. every day and our teams take it before that in the morning and from 3:00 to 7:00 p.m. every afternoon. We ask that all teams on campus are completed and gone by 7:00 p.m. every school day and we don't allow any activity on Sunday, so we’re pretty busy the rest of the time. 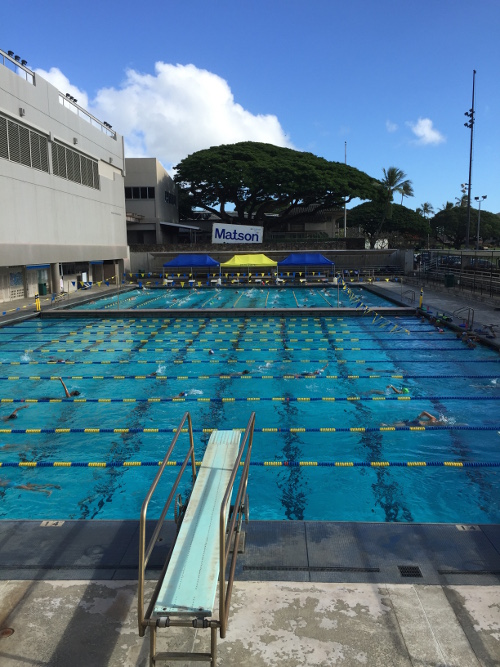 “Our goals are the same every year: work hard and compete to the best of our ability. Our expectation is that if we can do that, we will put ourselves in a position to compete for championships on a consistent basis. We don't set goals to win because we can't control that. We set goals to get better and if we are successful, the winning - however you define it - will take care of itself.”