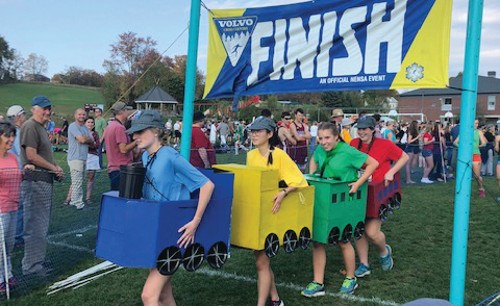 Just play. Have fun. Enjoy the game.” In the world of high school sports and education-based athletics, this quote by Michael Jordan should naturally serve as the guiding philosophy for schools, coaches, players and parents alike. In today’s youth sports culture, however, which has evolved into early specialization, the goal of fun and enjoyment in organized sports may appear to be less and less prevalent.

Some high school athletic teams may serve as an appendage of local elite travel teams, and there may be an increased prevalence of secondary schools using training methods and intensity levels that parallel those of collegiate programs. In addition, some students and parents may choose a high school solely based upon the success of its athletic programs. All of this has become more of a concerning reality.

In a 2014 George Washington University study, 90 percent of students reported the No. 1 reason they participated in sports was to have fun and, likewise, the No. 1 reason students stopped playing a sport was because it was no longer fun. With recently released National Federation of State High School Associations data indicating that high school sports participation dropped in 2018-19 for the first time in three decades, one might wonder if the increased pressure and intensity reported by high school athletes and the drop in participation rates are related?

If there is a correlation, how can schools and programs reverse this trend? Since having fun is the No. 1 reason students participate, one possible solution is for schools, programs and coaches to provide the developmentally appropriate balance of fun and competitiveness in order to retain athletes and grow their programs.

At Bellows Free Academy in Fairfax, Vermont, the enjoyment and learning of student-athletes is the top priority within the athletic department. Administrators and coaches work continuously to provide the healthiest and most developmentally appropriate balance of competition and fun in all 7-12 athletic programs. 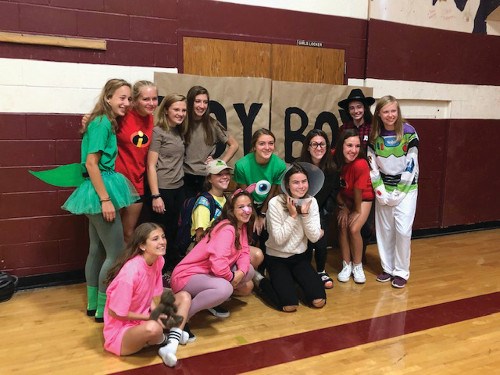 Sports seasons are highlighted by color games during which the entire event staff and community wear a specific color to build unity and enthusiasm, while supporting a specific service initiative. Inter-squad competitions, team outings and alternative training opportunities that incorporate a heightened sense of enthusiasm beyond traditional practice and game play also serve as unique ways of increasing fun and enjoyment.

Many high school events also serve as an opportunity for local youth programs to participate on the varsity fields, courts and trails. Additionally, high school teams frequently provide opportunities for younger athletes to take part in “step-up” practices and events. During these occasions, eighth-grade student-athletes are invited to practice or participate in scrimmages with the high school teams.

The most widely known and popular event of BFA Fairfax’s unique, fun opportunities is the annual Fairfax Relays cross country race held each October. For more than a decade, this costumed relay race has brought thousands of runners ranging from middle school teams to nationally ranked state and New England champions to BFA Fairfax.

The timing of the race is intentional. It takes place annually during the two-week period leading up to league, divisional and state championship races. The prizes, which consist of enormous plates of baked goods, are awarded to not only the fastest teams, but also for best costumes in multiple middle and high school divisions. 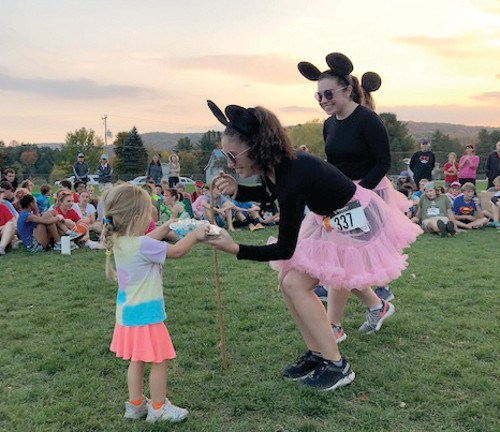 Fred Griffin, former BFA Fairfax cross country coach who started this event more than 10 years ago, said, “We held a conventional relay for a couple of years, but soon incorporated obstacles, hay bales and water jumps. We kept getting more interest from schools. The event started getting crazy popular when we began giving monstrous cookie plates as prizes and expanding concessions. Somewhere around 10-11 years ago, the whole ball of wax came together with costumes, music, outrageous prize plates and using the public-address system to provide play-by-play commentary ... it’s a regular carnival!”

Another important aspect of this event is the overwhelming school and local community support. Parents, staff, students, athletic teams, the Fairfax Fire Department and Fairfax Rescue Squad all contribute to everything from concessions and parking to safety and security. It is truly a community-wide event. 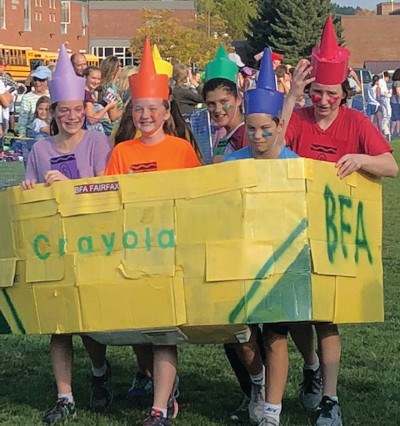 Scott Bliss, current CVU head coach, said, “When I was a young, new coach, I didn’t want to go. I felt we needed to train. When we did finally attend the Fairfax Relays, it was a blast. It ended up being a perfect thing for us after many high-pressure weekends of racing. The kids have fun and enjoy making their teams and costumes. I think it ends up being a great break mentally and allows them to race but be a bit goofy at the same time. And everyone loves trying to win cookies!”

Karen Krupa, the current BFA Fairfax cross country coach, said, “The creativity of the students gets better and better each year, and it’s really great to see the student-athletes taking a break from serious racing to have fun and enjoy themselves as we prepare for the big championship races which occur in the following weeks.”

Some might argue that too much of a focus on fun can adversely affect the growth and success of teams, specifically at the high school level. BFA Fairfax’s approach to competition proves much to the contrary, as multiple state and league finalist and championship banners – across multiple sports – adorn the gymnasium walls.

Participation rates in the school’s athletic offerings are the highest ever, which has necessitated the addition of three new varsity sports in the past five years. Through unique opportunities such as the Fairfax Relays, color games, step-up days and alternative team-building activities, the BFA Fairfax athletic department demonstrates there is indeed a place for fun in the world of high school athletics.

Geri Witalec-Krupa, CAA, is the athletic director/assistant principal at Bellows Free Academy in Fairfax, Vermont. In 2014 and 2018, she was named Vermont Small School Athletic Director of the Year, and she is the Vermont liaison to NIAAA Section 1.