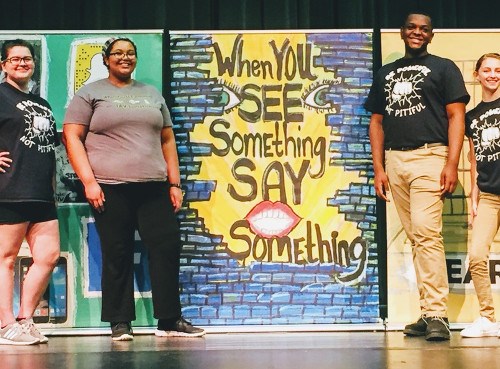 LaRaine Fess, drama teacher at Beaufort (South Carolina) High School and the Beaufort High School Theatre Students have been selected the 2019 national recipients of the “National High School Heart of the Arts Award” by the National Federation of State High School Associations (NFHS).

For the past 21 years, Fess has been an educator, including the past 14 years as the theatre teacher at Beaufort (South Carolina) High School. She has been a seven-time “Teacher of the Year” nominee. 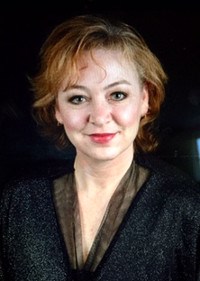 In her position as a teacher, Fess has used that platform to reach out to students in her district and to teach them about bullying. She has written two original plays for her theatre students.

In 2013, Fess’ then-third grade son was bullied on a school bus. Devastated by the event, Fess asked her students the following question: “Is bullying still an issue in school?”

Overwhelmingly, her students started sharing situations in which they had been a victim, a bystander and even a bully. After “Ripping off the Band-Aid,” Fess and her theatre classes made a promise to one another and to themselves to take a stand against bullying. They made a pact to never be a bully, a victim or a bystander. They promised that “When they would see something, they would say something.” With that promise in place, seven years later, more than 300 theatre students have been part of the solution as they have performed for more than 7,000 students.

Fess’ goal is to keep performing and talking so students will know what to do when they see bullying and what to do when they are a victim. Their positions were “If we stay quiet, then the bullies win. We are the only school in the state with an inhouse performance on such an important topic. Most districts bring in speakers to talk about this issue. Beaufort County allows its students to teach their peers about bullying.”

In 2017, they presented some of the show for the National High School League Convention in Hilton Head, South Carolina. Dr. Akil E. Ross, Sr., Chapin (South Carolina) High School principal at the time and National Principal of the Year, saw a few scenes and asked if they could come to Chapin and perform for the entire school of approximately 1,300 students. Two years later, they presented to high school athletes and athletic directors at the Leadership Convention in Columbia, South Carolina.

Since 2012, the Rotary of Low Country has been a very active partner with Beaufort High School Theatre to help them take a stand against bullying. It has supported them in presenting programs at conventions in Chapel Hill, North Carolina; Myrtle Beach, South Carolina; and Baltimore, Maryland. In addition, they work together to get out the message to all sixth-graders in the district. In 2017, Fess received the Paul Harris Fellow Award from the Rotary of Low Country.

Nominations for this award were generated through NFHS member state associations and reviewed by the NFHS National High School Heart of the Arts Award Selection Committee composed of state association staff members. While the national winner will be recognized June 29 at the NFHS Summer Meeting in Indianapolis, Indiana, the section winners will be recognized within their respective states and will receive awards before the end of the current school year.

The National High School Heart of the Arts Award was started in 2014. Including this year, six individuals, one band and one theatre group have been chosen national award recipients.