The NFHS is pleased to welcome three new members to the 2018 Swimming and Diving Rules Committee: Brad Alford, Kristen Daughters and Penny DiPomazio. The NFHS rules writing committees consist of experts in the given sport or activity and each are nominated by their state association. The committee chair works with the NFHS liaison to prepare the annual meeting agenda, chairs the meeting, and guides the committee through the rules proposal deliberation process. Committee members represent one of the eight sections as divided by the NFHS By-laws. Each member obtains feedback from his or her section regarding submitted rules proposals. A representative from both the NFHS Coaches Association and the NFHS Officials Association also serve on the committee and represent their constituent group. Each committee member serves a four-year term. 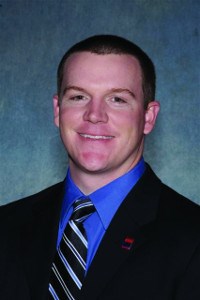 Brad Alford - Section 3
Brad Alford, director of sports and championships for the North Carolina High School Athletic Association (NCHSAA), oversees the day-to-day and championship operations for boys golf, girls golf, boys soccer, girls soccer, swimming & diving, and baseball along with the activity of cheerleading. Other NCHSAA duties include staff liaison for the Board of Directors Policy Committee, sanctioning, awards, transfers and hardships. He joined the NCHSAA staff in August 2010 after earning a Master of Science in Sport Management from East Carolina University. Alford competed as a member of the men’s golf team for Mount Olive College while double majoring in business management and sports management. Alford and his wife, Tina, reside in Stem, North Carolina, and are the proud parents of Reese, born January 24, 2017. Alford’s four-year term on the NFHS Swimming and Diving Rules Committee ends in 2021. 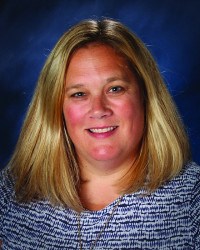 Kristen Daughters - Section 8
Kristen Daughters has been an English teacher and swim coach at Liberty High School in Renton, Washington, for 21 years. She was a competitive swimmer from age 12 through college, and has coached at the club, summer league and high school levels. Her girls team won four consecutive Washington Interscholastic Activities Association Class 2A championships from 2014-2017. She is also involved in high school journalism and enjoys reading and gardening in her spare time. Daughters will serve a four-year term ending in 2021. 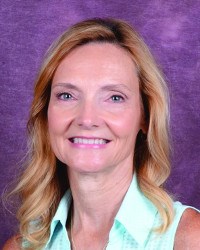 Penny DiPomazio - NFHS Coaches Association
Penny DiPomazio is a native of Goshen, Indiana, where she was inducted into the 2011 Elkhart County Sports Hall of Fame. She is a graduate of Southern Illinois University, where she was a four-year letterman in swimming and diving, and track and field for the Salukis. She also received a master’s degree from Western New Mexico University. She has been in the coaching field for 35 years, and for the past 25 years, has been the Lubbock Independent School Districts Head Middle School and High School Coach. DiPomazio has been active on the Texas Interscholastic Swimming and Diving Coaches Association Board, serving as the diving chair, secretary, vice president and president. Her current role as the diving rules interpreter for the University Interscholastic League allows her to assist in the diving at the state championship. DiPomazio was also awarded the NFHS Swimming and Diving Official of the year. She is active in the National Interscholastic Swimming Coaches Association (NISCA) and a 2018 NISCA Outstanding Service Award recipient. DiPomazio and her husband, Greg, live in Lubbock, Texas. DiPomazio’s four-year term on the NFHS Swimming and Diving Committee ends in 2021.