Value of Fine Arts in New ‘Every Student Succeeds Act’ 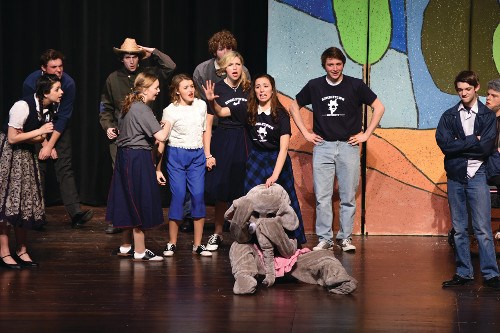 When President Barack Obama signed S.1177 into law in December 2015, he was not creating new regulations for everyone to follow. Instead, he was following in a long line of Presidents who have each re-authorized the Elementary and Secondary Education Act (ESEA), our country’s national education law put into effect more than 50 years ago as part of President Lyndon Johnson’s civil rights legislation.

Re-authorized eight times now, the ESEA remains the core of educational efforts in our country, providing equal educational opportunities and outcomes for all children. The 2015 act, officially known as the “Every Student Succeeds Act (ESSA),” replaces the 2002 re-authorization entitled “No Child Left Behind (NCLB)” after it became clear that NCLB was not working for our nation’s students, schools and educators.

NCLB’s unrealistic goal of having every student perform at grade level by 2014 and harshly punishing schools that did not make adequate yearly progress in that direction became the impetus for President Obama to develop and support a different approach to educating America’s youth and re-authorize the ESEA on new terms.

ESSA’s development began in 2010 and included educators and families in crafting the act to provide a better way to prepare students – all students – for their lives after high school. Its primary goals focus on three aspects of education: annual testing, accountability and school improvement.

So what does ESSA say about the fine arts? How does music, art, theatre and other arts-based courses fit into the new structure? Does the flexibility built into ESSA, with its reliance on states and schools to make more of the determinations, allow some states to not consider the fine arts at all? From the Department of Education’s website, some of the provisions of this act “will help to ensure success for students and schools:”

None of the fine arts is specifically mentioned in this list (nor is math, English, science, etc.). However, ESSA does include those disciplines in the underlying details for each of these provisions multiple times in its 391 pages. Being aware of how and where ESSA includes fine arts courses in those details will assist fine arts educators in sharing the importance of those offerings with their administrations, school community and the public in general. 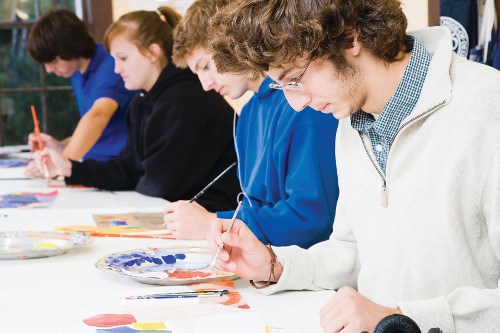 Since the concept of “school quality” is up to each state and school to determine, the myriad of fine arts activities that occur outside of the school day are just as valuable as the courses offered during the school day. And because ESSA is a re-authorization of the original education plan that was primarily a civil rights law, this new act provides more of the details on how that is to be accomplished.

The fine arts are noted in several sections of the act, thanks to the efforts of many who lobbied for the specific inclusion of fine arts in this re-authorization after not being included in NCLB. In one section, ESSA says that states must use federal funds to support activities and programs that “offer well-rounded educational experiences for all students,” and the fine arts are included there. As a result, having music, theatre, drama, art, forensics and similar programs in a school fulfills each school’s requirement to provide that well-rounded education and allows the school to receive and use those monies.

ESSA further stipulates that “programs and activities that use music and the arts as tools to support student success through the promotion of constructive student engagement, problem-solving and conflict resolution” are to be included in what determines school quality as well as fulfilling the requirement for each school to provide activities to support well-rounded educational opportunities. Convincing others that the fine arts programs teach those skills in the band room, chorus rehearsal, art class or forensics may be the most challenging part.

Part B of the Act is entitled 21st Century Community Learning Centers and deals with the requirement that communities provide opportunities for academic enrichment. Fine arts programs are specifically listed as one of the additional activities that should be included. Fine arts offerings made available outside of the school day are thus encouraged as a way to provide students with opportunities for academic enrichment that are designed to “reinforce and complement the regular academic program of participating students.”

By specifically noting music and the arts, ESSA makes marching band, art club, drama club, jazz ensemble as part of these Community Learning Centers and thus all are possible ways for a school to meet the requirements of ESSA. And it makes these activities all directly related to achieving academic success for students, success that is measured and reported to the public as also required in S.1177 and the original ESEA.
Well-rounded education is one of those buzz words that seems to have been around awhile and for good reason. It appears multiple times in this act and often is associated with the fine arts. Even the official definition of well-rounded education includes the fine arts courses, programs and activities “with the purpose of providing all students access to an enriched curriculum and educational experience.”

Schools should continue to remind everyone in their community that a well-rounded student is one who has had the opportunity to sing, dance, perform, act, draw, sculpt, create and envision using the other side of their brain where math, science and English do not reside.

One of the largest sections of the S.1177 is devoted to the State Plan (Section 1111), a requirement from each state’s education agency if the school wishes to receive federal funding. Each state has created its agency, or is in the process of doing so. Schools should contact its state’s education agency to understand their state plan and how the fine arts are included in the plan for providing the full educational opportunity for all of the state’s students. Being aware of how your discipline is included in your state plan, along with your understanding of ESSA, can assist you in promoting your program as well as expanding offerings in your school community.