Transgender students are those whose gender they were assigned at birth does not match how they identify their gender. A student might have been identified as a boy at birth, but now identifies as a girl, or vice-versa. Transgender students often report experiencing harassment and bullying from their classmates, as well as inaction from their teachers or coaches when they report being taunted or physically assaulted (GLSEN, 2011).

Currently, 13 states and the District of Columbia have enacted laws protecting students from discrimination based on their gender identity. In an effort to encourage their protection, an April 2014 letter from the Federal Office of Civil Rights clarified that discrimination against transgender students in schools is covered by Title IX and educators in schools across the United States are accountable for ensuring the safety and inclusion of transgender students in all school-sponsored activities (Department of Education, 2014).

Athletics is an integral part of the extracurricular program offered in practically every high school in the United States and schools are accountable for ensuring that all students have equal access to participation. Participation in high school sports is recognized as an important aspect of developing positive self-esteem and a connection to school and community as well as a deterrent to the use of alcohol, drugs, tobacco or other unhealthy activities. Ensuring that all students, including transgender students, have the opportunity to participate in a wide variety of school sports experiences complements the academic mission of schools. 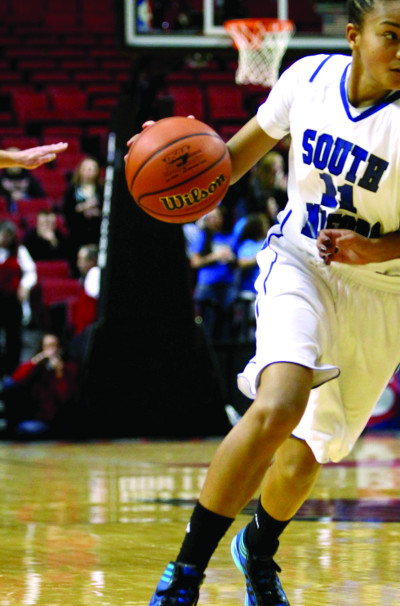 Recent research (GLSEN, 2011) indicates that discrimination prevents many transgender students from participating in school sports fully and safely. According to this research, school officials often see transgender students’ interest in participating in sports according to their affirmed gender identity as disruptive, and practices such as requiring them to use locker rooms and bathrooms that correspond to their gender assigned at birth discourage participation. However, school leaders are becoming increasingly aware of their responsibilities to ensure that transgender athletes have access to athletic teams according to their affirmed gender identity and that these students are safe in locker rooms and on the playing field.

As is the case with all eligibility rules at the state association level, some of the policies developed at this point are more restrictive than others. In one state, students are required to undergo gender surgeries and take hormones. In other states, students are required to participate according to the gender identified on their birth certificate regardless of their affirmed gender identity.

Some states have adopted policies that allow students to participate according to their affirmed gender identity, but include additional eligibility criteria based on possible “gender related advantages” and requests for personal medical information. Some state athletic associations either suggest, but not require a single policy for all schools in the state or leave the determination of policy up to individual schools. Another policy notes that it is illegal to discriminate on the basis of gender identity, but leaves the determination of eligibility up to individual schools.

The fear that non-transgender boys will pretend to be girls in order to “dominate” girls teams has never been an issue at any level of sport and should not be used as a justification to restrict the participation of transgender students. Most well-developed policies require that students who identify as transgender demonstrate a consistent female gender identity in everyday life verified by parents and/or health-care professionals. This requirement effectively eliminates the unlikely situation where a boy pretends to be a girl to play on a girls team.

Some sports leaders and parents express concerns that allowing transgender girls to participate on girls teams will pose a safety risk for non-transgender girls. This concern is based on an assumption that transgender girls are bigger, stronger and unable to exercise adequate body control resulting in an increased risk of injury to other participants. Though there are generalized differences in post-pubescent male and female bodies, there are also large overlaps in height, weight and strength among biological boys and girls. Moreover, taller, bigger, stronger athletes compete against shorter, smaller, less strong athletes every day in girls and boys sports except in sports like wrestling where competition is organized according to weight.

Concern about maintaining “competitive equity” is one of the most often expressed reservations about transgender girls competing on girls teams. As with concerns about safety, several assumptions are embedded in this concern: That transgender girls are always more skilled, stronger and bigger than their non-transgender teammates and opponents. There is no research to support the contention that enabling a transgender girl to play on a girls team creates a competitive imbalance. In reality, the overlap in skill and performance in sports among biological males and females and the wide variance within each gender group are important considerations to remember in addressing concerns about competitive equity. Concerns about competitive equity also perpetuate a gender stereotype that assumes that anyone with a male body will outperform anyone with a female body. As girls and women take advantage of increased opportunities to participate in sports, performance gaps between girls and boys have decreased.

High school-based athletics programs are part of a broad educational curriculum and the focus should be on enabling participation – not restricting it – for all students. Adopting well-informed and inclusive policies for the participation of transgender athletes according to their affirmed gender identity is consistent with the educational values of equity and fairness for all students.

1. Be proactive, avoid crisis mode. Develop a policy before a transgender student wants to try out for a team.

2. Talk to state athletic association leaders in the states that have adopted policies about how they have implemented their policies.

3. Read about the high school policy recommendations of experts on transgender participation in sports: On The Team: Equal Opportunities for Transgender Student Athletes. http://www.nclrights.org/legal-help-resources/resource/on-the-team-equal-opportunities-for-transgender-student-athletes/.

Pat Griffin is a Professor Emerita in Social Justice Education at the University of Massachusetts, Amherst, and an educator and advocate for the inclusion of lesbian, gay, bisexual and transgender students in college and interscholastic athletics. She can be reached at griffin@educ.umass.edu.