The number of participants in high school sports increased for the 25th consecutive year in 2013-14 with a record total of almost 7.8 million, according to the annual High School Athletics Participation Survey conducted by the National Federation of State High School Associations (NFHS).

Based on figures from the 51 NFHS member state high school associations, which includes the District of Columbia, sports participation for the 2013-14 school year reached an all-time high of 7,795,658 – an increase of 82,081 from the previous year. This one-year increase was the highest since 2009-10.

“We are pleased with the increase in participation numbers in the sport of football for the 2013-14 school year,” said Bob Gardner, NFHS executive director. “With the precautions that are in place nationwide to address concussions in all high school sports, including football, we have maintained that the risk of injury is as low as it ever has been. Certainly, this rise in football numbers is a confirmation of those beliefs and indicates the strong continued interest nationwide in high school football.” 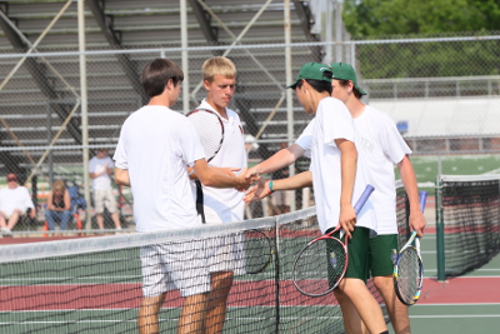 Volleyball gained the most participants among girls sports (9,426) from the previous year, and its total of 429,634 was within 3,710 of basketball for the No. 2 position. Track and field, with an additional 5,946 participants from 2012-13, remained the No. 1 sport for girls, followed by basketball, volleyball, soccer, fast-pitch softball, cross country, tennis, swimming and diving, competitive spirit squads and lacrosse.

“This past year’s report on sports participation in our nation’s high schools was another great statement about the importance of these education-based programs,” Gardner said. “We are encouraged that schools are continuing to respond to the funding challenges, and are particularly pleased to see that the increase this past year was evenly distributed between boys and girls.”

In terms of combined participation, lacrosse continued to register sizeable increases as overall participation for boys and girls increased by 9,744 to 188,689. The sport ranks 10th for girls and 11th for boys.

The participation survey has been compiled since 1971 by the NFHS through numbers it receives from its member associations. The complete 2013-14 High School Athletics Participation Survey is attached in PDF format and will be posted soon on the NFHS website at www.nfhs.org.