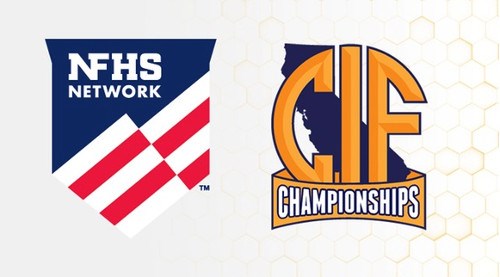 The NFHS will be the official digital streaming partner of CIF State Championship events on its all-digital network. While the NFHS Network has had a longstanding digital streaming agreement with the 10 CIF Sections, this marks the first time that all of the CIF State level events will be available on the NFHS Network outside of Southern California. In Southern California, state football and basketball championships will air exclusively on Spectrum Networks.

The NFHS Network will provide live streaming through its online subscription platform at www.NFHSNetwork.com.

“We are excited that the NFHS Network will be expanding the CIF Regional and State Championships viewing on its digital platform,” said CIF Executive Director Ron Nocetti. “CIF students, families, and fans will now have the opportunity to watch everything from regular-season events through the State Championships using the same platform.”

Schools participating in the NFHS Network School Broadcast Program (SBP) can stream regular-season and playoff events for their fans throughout the year. In addition, schools can earn revenue by selling subscriptions to the Network.

“The NFHS Network is eager to work with the California Interscholastic Federation,” said NFHS Network CEO Mark Koski. “We appreciate the opportunity to show the scope of what the NFHS Network can do; making live games accessible to spectators from across the country is just the beginning. We are thankful for this new partnership and look forward to getting started.”

The NFHS Network will also cover regular-season and postseason events around the state through multi-year agreements with all 10 CIF sections. Spectrum Networks is the local television home for CIF State Championships in Southern California.

Alvin Briggs Selected As the Next AHSAA Executive Director