Official Warning for Misconduct Given to Coaches in Basketball 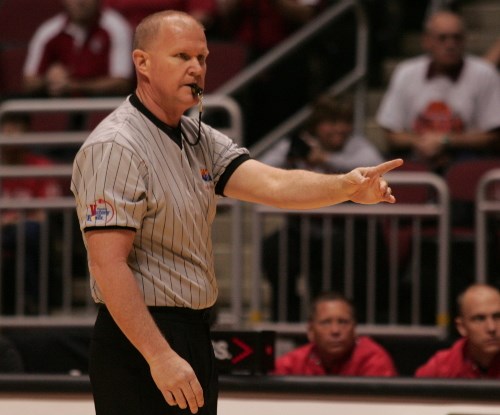 Effective with the 2017-18 high school basketball season, play will be stopped and an official warning will be given to the head coach – and recorded in the scorebook – for misconduct by the coach or other bench personnel unless the offense is judged to be major, in which case a technical foul shall be assessed.

This new rule was one of the five changes recommended by the National Federation of State High School Associations (NFHS) Basketball Rules Committee at its April 10-12 meeting in Indianapolis. All changes were subsequently approved by the NFHS Board of Directors.

In addition to misconduct violations related to Rule 10-5, the head coach will be officially warned for the first violation of Rule 10-6-1 regarding the coaching box.

Rules 4-48-1 and 4-48-2 will both have a note stating that a warning is not required prior to calling a technical foul.

“Stopping play and making sure that the bench and the coach know that an official warning has been given sends a clear message to everyone in the gym and impacts the behavior of the coach, and in some cases the behavior of the opposing coach,” said Theresia Wynns, NFHS director of sports and officials and liaison to the NFHS Basketball Rules Committee. “This change in behavior creates a better atmosphere and, many times, avoids the need to administer a technical foul.”

“The committee thought the restriction of the (14-foot) coaching box limited the level of communication between the coach and players,” Wynns said. “Allowing a coach freedom to move within the new box between the 28-foot mark and the end line provides a coach more access to his or her players.”

The committee also approved a change in the way officials signal a foul against a player. After verbally informing the offender, the official shall use fingers on two hands to indicate to the scorer the number of the offender and the number of free throws.

“This change was made to minimize reporting errors that occur between the officials and the scorekeepers,” Wynns said. “Two-handed reporting is easier for the scorekeepers to see and comprehend, and it is less confusing.”

Basketball ranks third in popularity among both boys and girls at the high school level with 546,428 and 429,380 participants, respectively, according to the 2015-16 NFHS Athletics Participation Survey.

With Lost Seasons Last Year, Spring Sports and Arts Should Be Availab.

A Thank You to Music Educators