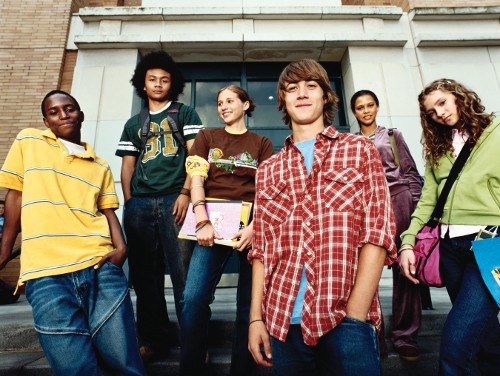 Students of all genders and sexual orientations in federally funded institutions, including K-12 schools, have a right under Title IX to an education free from discrimination on the basis of sex. This right includes equitable access to all academic programs, activities, athletics, course offerings, admissions, recruitment, scholarships, as well as to be free from harassment based upon sex, gender, gender identity and expression, and sexual orientation.

This law protects students in academic and non-academic activities because of pregnancy, birth, miscarriage and abortion, and it also protects faculty, staff and whistle-blowers from sexual harassment, sex discrimination and retaliation.

On June 23, 2017, Title IX of the Education Amendments Act of 1972 turned 45 and, during this time, the law has been challenged and tested many times. In this ever-changing world and new political climate, the challenges and tests continue for this law that has transformed the educational landscape of this country. It is, therefore, imperative that school officials and leaders are current in their knowledge of changes that are taking place relative to Title IX and its application in K-12 schools.

There are three areas that have recently been affected by the new administration through the “Dear Colleague Letter” notification process, or by the introduction of potential legislation.

The 2016 letter took the position that the prohibitions on discrimination on the basis of sex in Title IX of 1972 require access to sex-segregated facilities based on gender identity. The current Department of Education officials state that these guidance documents do not contain extensive legal analysis or explain how the position is consistent with the express language of Title IX and had not undergone any formal public process.
The most recent guidance suggests that the May 2016 interpretation has given rise to significant litigation regarding school restrooms and locker rooms. As an example, the U.S. Court of Appeals for the Fourth Circuit concluded that the term “sex” in the regulations is ambiguous and deferred to what the court characterized as the “novel” interpretation advanced in the guidance. By contrast, a federal district court in Texas held that the term “sex” unambiguously refers to biological sex and that the guidance was “legislative and substantive” and thus formal rule-making should have occurred prior to the adoption of any such policy.

Essentially, the Departments of Justice and Education have yielded to states and local school districts to establish educational policy regarding transgender students.

As schools continue to deal with this issue, it is important to note that the Departments of Justice and Education stated in the February 2017 Dear Colleague Letter that the withdrawal of the May 2016 guidance does not leave students without protections from discrimination, bullying or harassment.

The February 2017 Letter stated that “All schools must ensure that all students, including LGBT students, are able to learn and thrive in a safe environment. The Department of Education Office for Civil Rights will continue its duty under law to hear all claims of discrimination and will explore every appropriate opportunity to protect all students and to encourage civility in our classrooms. The Department of Education and the Department of Justice are committed to the application of Title IX and other federal laws to ensure such protection.”

The new guidance raises the standard of proof for school disciplinary proceedings in some instances, stating that educational institutions may use a clear and convincing standard in sexual misconduct investigations, rather than the lower preponderance-of-evidence standard. It is important to note that the Department of Education will still rely on its 2001 Revised Sexual Harassment Guidance. This includes the current definition of responsible employees, who are still required to report and schools must still respond if a school official knows or reasonably should know of an incident of sexual misconduct.

GEEA would provide resources, training and technical assistance to fully implement Title IX and reduce and prevent sex discrimination in all areas of education, by:

Title IX is an important and valuable federal law. Schools have the responsibility to protect every student and ensure that they have the freedom to learn and thrive in a safe and trusted environment. Schools have a moral obligation to do what is right for all students.

Peg Pennepacker, CAA retired in June after serving 36 years in public education, including 30 years as a high school athletic director. She is an advocate for Title IX and commits her time to educating and consulting K-12 schools on Title IX issues. She can be contacted at pegpennepacker@gmail.com or 814-470-7101.