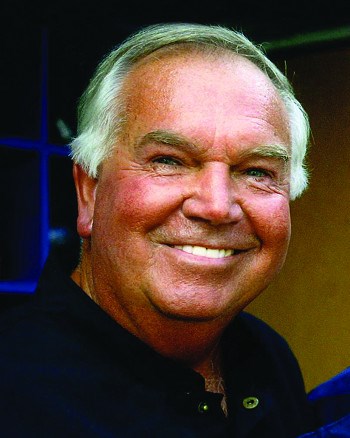 Bobby Richardson, who will be inducted into the NFHS National High School Hall of Fame July 2 in Providence, Rhode Island, was a high school baseball and basketball standout in South Carolina before his eventual stardom with the New York Yankees. He led the baseball team to two state titles and played an integral role in the success of his American Legion team, which was crowned state champs in 1950 and 1952. Richardson signed with the Yankees on the day he graduated from high school at the age of 17 and had a quick ascent to the major leagues. As the second baseman on the Yankees’ teams with Mickey Mantle and Roger Maris, Richardson was a seven-time American League all-star and was a part of three World Series championship teams (1958, 1961, 1962) and was World Series MVP in 1960.

Question: What pushed you to accomplish your goals as a high school athlete?

Richardson: It started with my dad who had a desire for me to participate in athletics, particularly baseball. He encouraged me and talked – even in those early days – about the possibility of playing Major League Baseball. When I got to junior high school, there was a coach that had a tremendous impact in my life. He was a real encourager. Then when I got to high school, there was a mentor that stepped forward and really spent a lot of time with me, encouraged me, hit me ground balls and did things to make me a little better infielder and possibly an all-around ballplayer. That experience and those coaches were the things that propelled me to keep going.

Question: What experience from high school stands out in your mind?

Richardson: I had been participating in the basketball playoffs so I was late going out [for baseball] as a freshman for my high school team. The catcher and I went out together, 10 days late and we only got a three-day workout. At the end of three days [the coach] came over to us two and said, “Ladson you make the team, Richardson you come back next year.” That was the point that made me realize “Wow, I got to work hard just to earn my way on this ball club.”

Question: What led to your interest in baseball?

Richardson: I think my dad probably. When he would come home for lunch or come home at five o’clock in the evening, I was always there asking “Dad, would you play catch with me?” He always would play with me. He was a big encouragement for me as I was coming along. I mentioned the mentor. He was about seven years older than I was, lived about two blocks away but the school was in between our homes. We would meet at the school and he would hit me 100 ground balls and I think because of that I was drawn to baseball.

But, I really loved basketball just as much. I was a pretty good assists man and I could do those things that made me a good ballplayer for a team. My junior year and my senior year, they only picked five basketball players in the whole state of South Carolina, all classifications, and both years I was the starting guard on that all-star team.

Question: What life lessons did you learn from your high school playing days?

Richardson: Number one, I think I came to value team concepts. I came to value how important it was to be a part of a team and to give your best at all times. I think more important than anything, I had two great Sunday school teachers at that time. Those Sunday school teachers had a real impact in my life. They taught me that it was important to go to church, they taught me what the scripture said and I was able, as a young boy, to realize that I needed a savior in my life and I committed my life to Christ. Those were all things that came together during my high school career.

Question: What was the atmosphere like playing in South Carolina when you did?

Richardson: The football coach also talked me into coming out. He wanted me to be the quarterback on the football team, but my dad had told me I couldn’t play three sports. I had to work one of the quarters of school so I worked during football season. Now the paper route, I got to be honest was in the area that I lived in and I could pick up my papers and deliver them all and still have time to go to practice or to the games that I was participating in at that time. Collecting was the hard job and that was on the week-ends. At that time, most of my customers were paying weekly and they would say “I thought I paid you last week?” I didn’t give receipts. It was word of mouth and I would say “let’s say you did if you thought that and we will start over next week now. I know you haven’t paid me for next week.”

Question: What was it like coming straight out of high school to play for the Yankees?

Richardson: It is really funny because when I was 14 after I had been cut from my high school team and I made the American Legion team, we won the state championship and the regional championship. Before that last game, they took us out to see a film, and the name of the film was “Pride of the Yankees: The Story of Lou Gehrig.” Gary Cooper played the part in the film and Babe Ruth was in that film playing his own parts, as was Bill Dickey, a great catcher for the Yankees. I remember seeing that film and just thinking, “what a great organization, how I would like to be a part of that.” Although up until that time, I was not necessarily a Yankees fan.

The next year the New York Yankees had a farm club that had training right here in Sumter, South Carolina, my hometown. It was their Class B farm club and the manager was Mayo Smith, who later managed in the big leagues and he came out and watched me play high school ball. He came over to me after the game and said, “I have seen enough, when you graduate from high school (I was 15 at that time) I will be sure that you have a chance to sign with the Yankees.”

They sort of kept in touch with me. They sent me literature, especially about infield play by Phil Rizzuto. He became my idol and when I signed at 17, there was a quick trip to New York to work out with the Yankees. It was sponsored by the fellow who owned the ball club here in Sumter and who also had a private plane and he made all the arrangements for me to go to New York. I worked out with the Yankees
for three days, came back home and I was sent to their Class B farm club in Norfolk, Virginia.

Question: Did any players reach out to help you feel like part of the team since you were so young?

Richardson: One did and it was special. I put on a uniform as a high school graduate and went out to field some ground balls in the infield with the various other infielders, then I came up to the [batting] cage and took five swings with the regulars. I was just waiting when Mickey Mantle came up to me and said, “come on kid, step in here and take some swings.” We had a very close relationship. I remember the first time I came up as a regular, I was a 19-year-old and it was my first day at Yankee stadium, we were in the dugout and he said “Hey Rich, come over here. I’m going to make like I’m pointing, showing you Yankee Stadium. There will be two photographers here in a moment and you will have your picture in all the headlines of all the papers tomorrow in New York.” And it happened just that way.

Question: What would you tell young athletes in high school today?

Richardson: Well having been a college coach at the University of South Carolina, the thing I enjoyed most was sitting down with parents and telling them how important it would be, not to do as I did, but to get that college education first. Because I was a college baseball coach, I was able to sit down and explain why it was so important to do that.

Bryce Woodall is an intern in the NFHS Publications/Communications Department. He is a senior at Franklin (Indiana) College studying public relations.