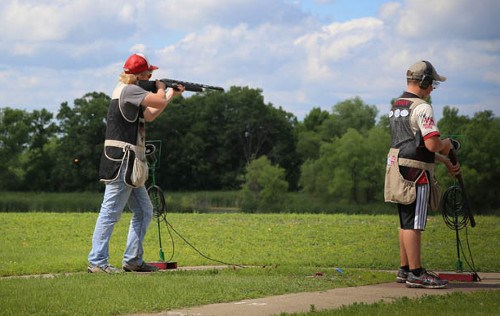 You won’t hear the shrill of a whistle when you are on a Clay Target range. Nor will you see an official in pinstripes reporting an infraction to a scorers’ table or a referee throwing a penalty flag.

The blossoming sport doesn’t use officials, and leaders don’t think they will need them, at least for the foreseeable future.

The competition thrives by using the honor system, much like a tennis or golf match.

“We are a self-refereed sport,’’ said John Nelson, vice president of the Minnesota State High School Clay Target League. “We work on the honor system. It is a unique code that works. I can honestly say that in the past eight years that I’ve been doing this, I haven’t had a complaint about scoring. It just has never come up. That is one of the key factors in our success.”

The Minnesota State High School League is the only association in the nation that sponsors a Clay Target state tournament. In its first season in 2014, Clay Target attracted 115 teams representing 275 schools and 6,100 participants.

This season, the sport has grown to a capacity 8,600 participants. Nelson said another estimated 2,000 participants had to be turned away because gun clubs couldn’t handle the ballooning of team sizes.

Nelson and other representatives of the Clay Target league have visited other states that are interested in offering the activity.

“This is a one-of-a-kind sport,” Nelson said. “It is a co-ed sport and you don’t see that often. It took us a long time to earn the support that got us here. We are thrilled with where the sport is going.”

A typical Clay Target competition consists of a participant shooting two 25-target rounds (for a total of 50). From a station 16 yards away, the targets are released.

The closest personnel to an official or referees are a scorekeeper and a range safety officer. 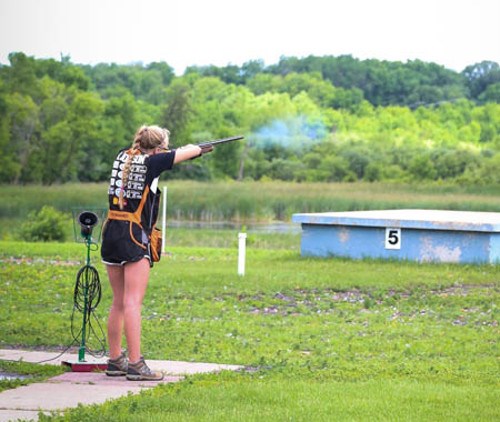 The scorekeeper, who isn’t required to have any formal certification, watches the target to determine if it has been hit. When at least chipped, it is recorded as a hit. If only dust comes off the target, it is considered a miss.

The range safety officer, who is certified, watches over the competition field, ensuring the participants are abiding by the safety rules.

“It’s pretty easy, really,” Nelson said. “You either hit it or you miss. You also have many sets of eyes watching. You’ve got the participant, the scorekeeper, the coach and parents, all watching. All are usually on the same page. “

Nelson said maintaining the integrity of Clay Target is a continued emphasis.

“Even though we are self-refereed, you still run into some shenanigans with regard to scoring,” he said. “Those things tend to weed themselves out.”

Developing a certification program for Clay Target officiating is on Nelson’s wish list.

“This program is growing, and for consistency, I think there will be a need for officials at some point,’’ he said. “Just how an officiating program would work is something we will continue to look at. For now, we are OK. We take great pride in the integrity of our sport.”

Tim Leighton is Communications Coordinator for the Minnesota State High School League. Formerly, he was a sports reporter for the St. Paul Pioneer Press for 30 years. He also is a member of the NFHS Officials Publications Committee.