Teaching Our Athletes How to Deal with Sports Politics

Once there was a 14-year-old boy who was in his freshmen year of football. He and several of his teammates made the JV football team. A few of them, including this particular boy, even got to dress for the varsity team. This particular kid played the quarterback position and the varsity head coach was his uncle. The boy was a talented athlete but was not ready to start varsity as a freshman.

However, as fate may be, the two older quarterbacks above him on the depth chart both got injured halfway through the season and were not able to play. Well, wouldn’t you know it, this 14-year-old freshman was now the only healthy quarterback. His first start would come at home on homecoming night.

His older teammates and coaches were very helpful in his preparation for the big game. He was nervous, but felt somewhat prepared. The opponent on this homecoming night was no joke either, they were a top-10 team in the area.

As the offense took the field, the kid’s parents, grandparents, family and friends all were in the stands anxiously awaiting the first snap. It was a pass play. Three-step drop. Quick out to the tight-end. No biggie, right? Get the first pass out of the way with a harmless pass to the flat. Well, they threw the ball to the side of an All-State Athlete and he picked it off and ran it back to the house.

That quarterback was me. My head coach was my uncle. And I know all about politics in sport.

The only politics that matter in sport is talent

I’ve been on multiple sides of this issue: player, family member and coach. And soon will be as a parent. Politics in sport is 100 percent made up from jealously, entitlement, and insecurity. I heard all over the only reason I ever got to play was because my uncle was the coach. That’s fine, but our team’s record stood for itself. I had my teammates back, and they had mine. I miss those guys.

I’m just going to shoot you straight and be real. Talent, character, and mental toughness matter. Those who have the traits will play more than those who don’t. Yes, you cannot win without talent, and I’ll take character over talent any day. But talent wins out every time when everything else is equal.

I lived this issue as an athlete, observed it as a family member, and see it now as a coach. Usually people get upset with the amount of playing time an athlete is receiving. They think the coach is playing favorites. People will also accuse parents of the athlete playing over their child of “sucking up” to the coach.

News flash, any good coach doesn’t allow this to happen. We love sport because it reflects life. It teaches invaluable life lessons. Instead of crying foul and blaming “politics,” kids should be taught how to accept, embrace, and be a star in your role. Everyone on a team has a role, but not everyone will get the headlines. If a child can embrace that early on, they will be set up for a lifetime of success.

Do coaches play favorites? Yes, absolutely. Remember, when all things are equal, talent will win everytime. Our favorite athletes do the following five things: 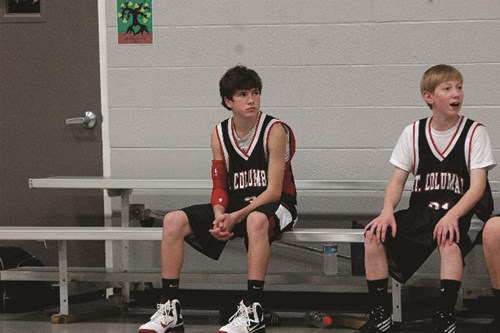 Work hard. They bring it every day in every drill. They do not take days off. It’s not enough just to put in work when it’s required (practices, off-season team workouts), the best players put in many unseen hours. They work on their game when no one else is around. That is how they separate themselves from the pack.

Listen. Our favorite players listen with their eyes. They make eye contact when listening to and speaking with others. Eye contact tells the coach the player is locked in and understands. It shows us they are locked in and care. We want players who are bought in.

Lift others. Coaches love when athletes raise the level of play. The best players bring out the best in others. Players who are enthusiastic and encourage their teammates will get to play. Coaches will always find a spot for someone who puts others above himself. We love players who root and cheer like crazy for their teammates.

Show up. Just by showing up you can carve a niche on the team. Athletes need to be taught to take advantage of opportunity. Consistency is key. It can’t be one here or one day there. Opportunity will come but many won’t be ready to take advantage because they haven’t shown up and put work in. 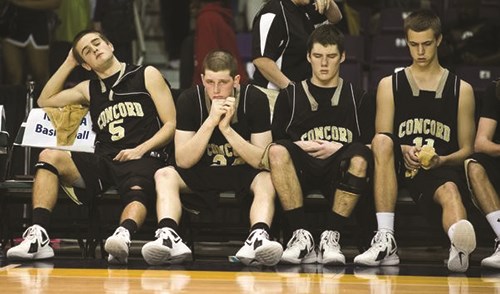 Star in your role. Before you move up to a bigger role, you must first be great in your current role. If you don’t accept, embrace, and excel in your current role, how can I trust you with a bigger one? I think this is so crucial, but very overlooked. If you want more playing time, show the coach why you deserve it. Star in your role and the opportunity will come for a larger one.

If a player does these five things, I promise you they will play. If not, maybe the coach really is crazy.

Rarely are there any real “politics” happening in sport. It all comes down to talent, character, work ethic, and mental toughness.

Remember, if two players both do these five things, the one with more talent will play. Don’t like it? Tough, that’s life.

Don’t get bitter, get better.

Kyle Elmendorf is in his tenth year as a teacher and coach at Orchard Farm High School in St. Charles, Missouri. He is the head girls basketball coach and assistant football coach.

2019-20 National Coaches of the Year Selected by NFHS Coaches Associa.