NJSIAA Issues Recommendations to Combat Opioid Use Among Athletes 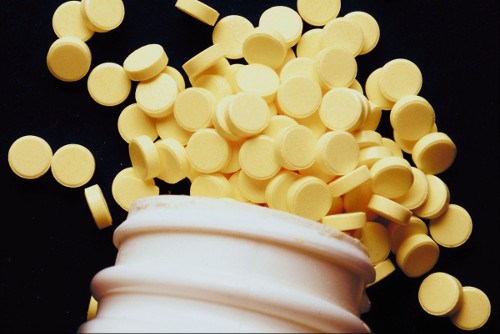 In the face of an intensifying, nationwide epidemic of prescription medication abuse – which has struck particularly hard among scholastic athletes – the NJSIAA Medical Advisory Committee has made multiple landmark recommendations.

As background, the most frequently abused prescription medications are narcotic painkillers, which include Vicodin, Percocet, and OxyContin. According to the National Council on Alcoholism and Drug Dependence, 12 percent of male student-athletes and 8 percent of female student athletes have been prescribed highlyaddictive opioid class narcotics in the past 12 months. Separate studies show that 83 percent of all adolescents actually have unsupervised access to their own narcotics prescriptions.

“By recommending this list of specific protocols, the NJSIAA’s Medical Advisory Committee is intensifying the ongoing battle against prescription drug abuse,” said former Governor Richard Codey, New Jersey state senator. “With so many of our young people now at risk, it’s crucial that groups with the necessary connections and resources push hard to identify solutions.”

The Medical Advisory Committee, which includes representatives of NJSIAA member schools, as well as experts in the field of healthcare and medicine, recommends the following nine protocols related to scholastic athletes and opioid abuse.

In terms of prescriptions, the first option should be such non-narcotic alternatives as acetaminophen, non-steroidal anti-inflammatory medications, salicylates, and non-medication treatments like cryotherapy and transcutaneous electric nerve stimulation.

“When it comes to our nation’s young people, this is about as serious as a problem can get,” explains Steve Timko, executive director of the NJSIAA, a voluntary, non-profit organization that oversees scholastic sports across New Jersey. “Lives are being ruined – and in many cases ended – at an unprecedented rate. As an organization dedicated to the well-being of student-athletes, the NJSIAA is taking a proactive role in addressing what amounts to an outright crisis.”

As a next step, the advisory committee will reach out to potential coalition partners – including medical societies, pharmacy groups, education associations, law enforcement organizations, and others – to gain access to additional thought-leaders, while also broadening support for its protocols.

“Studies indicate that about 80 percent of heroin users started out by abusing narcotic painkillers,” says advisory committee chair John P. Kripsak, D.O. “That statistic makes it frighteningly clear what the stakes are in this battle. It’s an emergency now, and there’s no doubt we need to implement new strategies in our schools to turn the tide.”