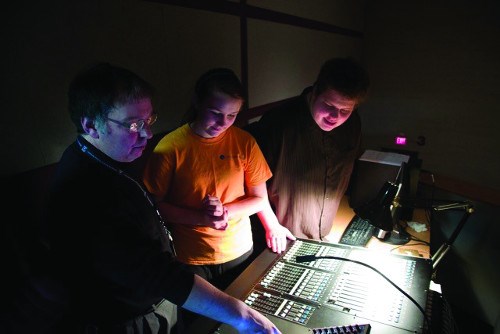 A veteran teacher once said, “I don’t teach theatre, I teach kids and theatre is my tool.”

Regardless of discipline, the aim of our classes is to create better people and to provide them the tools to be successful later in life. How we choose to do this is as varied as the subjects we teach and each subject offers unique opportunities. Incredible learning opportunities are found backstage in every school theatre program – learning which addresses not only the tasks associated with a production, but also nurtures critical skills that impact student achievement.

A short list of such critical skills might include leadership, communication, emotional intelligence, problem-solving and teamwork. Although broad in scope, the list as enunciated is readily addressed in the course of every theatrical production.

Leadership opportunities are found in the roles of every crew head, including stage manager, lighting, carpentry, costumes, make up, stage crew, properties and audio. Leaders find success in their ability to coordinate their crews, communicate, develop sequences and timelines for activities, and solve problems. Being a leader also requires the ability to make decisions and take responsibility for one’s own actions.

Stage managers need clear verbal and written communications skills as they mark their scripts and “call the show” (instigating light, sound and scenic cues), or create rehearsal notes or cast and crew announcements. Further, crew leaders must communicate the wishes of directors, choreographers and designers as indicated by the stage manager.

Emotional intelligence is developed as crew members meet deadlines, focus on the task at hand, actively listen and subordinate personal needs to the needs of the group. Along with this comes personal accountability. As crew members work on a show, they grow to understand the importance of not just doing their job, but doing it right. 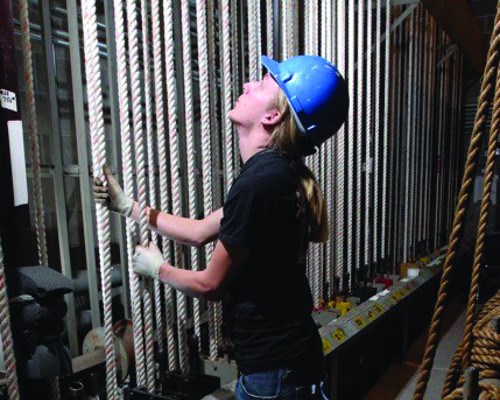 In turn, they learn that taking responsibility for their work and learning from mistakes and successes is essential for their personal growth and, ultimately, the success of a production. In hand with emotional intelligence is the skill of being a self-starter, someone who with little direction can proceed in a rational and thoughtful way to solve a problem, create a piece of scenery or simply find a better way to do something.

A theatre performance is a “live event” and during the course of a performance, things happen. Any performance can be plagued by equipment failures, cast members dropping lines, or cues called or executed at the wrong time. Each can adversely affect the performance. The crew’s ability to problem-solve and to “think on their feet” is key to a continuing successful performance. It is not possible to predict all potential problems, but the crew’s ability to deal with them in a rational and reasoned way marks an attainment of critical-thinking skills valuable in any situation.

Additionally, virtually every aspect of a production is impacted by technology; light boards and, increasingly, soundboards are computers. Newer rigging is mechanized and scenic elements and lighting are designed with the benefit of CAD-based software. Data communication networks run alongside electrical conduits and incandescent lights are being replaced with LEDs. Cast communications and show marketing are heavily reliant on social networking such as Twitter, Facebook and Instagram.

In the scene shop, some schools are enjoying the benefits of CNC machines (Computer Numerical Control) and plasma cutters, where the machines perform precision cuts based on student-generated CAD drawings. The technologies embraced by many industries find a perfect home in the theatre, and technical crew members learn to utilize them.

At the heart of all of this is teamwork, encouraged and developed by leaders, and supported by all crew members. This element is the single most important trait and greatest predictor of success in any theatrical production. Talent, creativity, risk taking, communication skills, personal responsibility, problem-solving and the rest are elements that the crew brings individually. Nurtured by a production’s leadership, teamwork is key to the success of that production, or for any program or endeavor.

To use a sports analogy, the talent of a shooting guard on the basketball team can thrill us all, but if no one knows how to defend the shooter, pass the ball or set up the play, such talent is ill-used. The coordinated efforts of the crew ensure that the talents of the actors, designers and directors are realized. Crew members become invested in the productions, taking ownership and not counting the hours spent, but rather focusing on the quality of the final product.

Beyond these critical skills, backstage work is a microcosm of cross-curricular opportunities. In addition to the obvious ties to industrial technology, visual arts and communication, there are nearly unlimited connections to the entire curriculum. Mathematics and physics can provide explanations for how rigging, lighting and sound work, but more so, show how to use it effectively. History and literature inform not only our understanding of the script’s meaning, but also communicate to the scenic artists, set designers, costumers and properties artisans how things looked and worked. Business classes influence marketing, promotions and budgets and, of course, computers are everywhere. To quote a colleague, “This is the class where you can apply everything you learn in other classes.”