Missouri Association ‘Shows Off ’ Its Sportsmanship 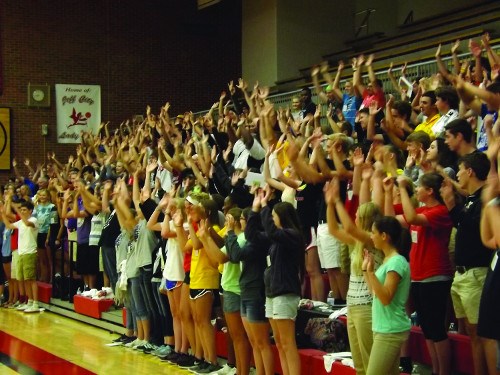 Sportsmanship is an easy and desirable thing to show off. If a team or school displays good sportsmanship, that’s a much better thing to show and tell than any negative issues that arise. Especially when it can help give other schools ideas on what they can do to improve their own sportsmanship, there’s no harm in promoting your own program. Fittingly enough, it seems no state has this figured out more than the one nicknamed the “Show Me State.”

Almost 15 years ago, the Missouri State High School Activities Association (MSHSAA) began offering its schools a conference geared exclusively to sharing their experiences with sportsmanship, modeled after national and other state student leadership conferences. At first, the summit was scheduled in the summer, just before the beginning of the school year.

“It was something to be able to get the students involved, especially being right at the beginning of the school year,” MSHSAA director of communications Jason West said. “It also coincided with the week before our fall practices began. So, it kind of kick started the school year and gave the students something to take back to their school, maybe build upon throughout the year and get them in the right frame of mind to have a productive and successful season.”

Recently, West said the summit has been moved to the beginning of the summer, right after the spring championships. Participants include student-athletes, coaches and administrators from schools around the state who get to take advantage of several breakout sessions and a keynote speaker.

“We average between 375 to 400 students, coaches and athletic directors and have various sessions on student leadership and team building,” West said. “We also offer what we call an ‘adult track’ for those coaches and administrators that have been there for multiple years, focusing on positive coaching and things like that.” 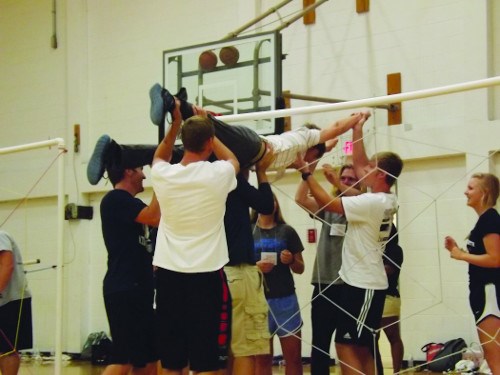 West said the benefit of having breakout sessions with both kids and adults helps foster new ideas and encourages participants to look outside the box at sportsmanship.

“A few years ago, we kind of reformatted the summit and made it more interactive, a lot like the national student leadership conference, where the adults and students are in the same room talking about the same plans and feeding off each others’ ideas,” West said. “Prior to that, we’d have six or seven different topics to choose from and listen to a speaker.

“Now it’s more formulating plans and sharing ideas of what works at one school so you might be able to take it to another school and build upon that idea.”

That collaboration is one of West’s favorite parts of putting on the summit, which is one of the five requirements for schools to earn the MSHSAA sportsmanship banner during the year.

“You get to watch that interaction and how successful that’s been for the students – it clicks and you see the light bulbs go off,” West said. “At the same time, seeing the coaches hear what players from other schools are talking about – it’s a pretty neat thing.”

“It’s either some sort of captain’s council or some schools have school ambassadors that work events,” West said. “Most of the participants have some sort of leadership role in their school, either student council or as a team captain of some sort.”

West said the summit has also sometimes been used to encourage better behavior from schools that may have had ejections the previous year.

“We’ve had some issues where ejections or technical fouls have been an issue and so that school has been invited to attend the summit,” West said. “We haven’t had any repeat offenders that have been invited to participate.

“I think we have seen some help with that, but that’s not really the main focus of why we’re doing it.” 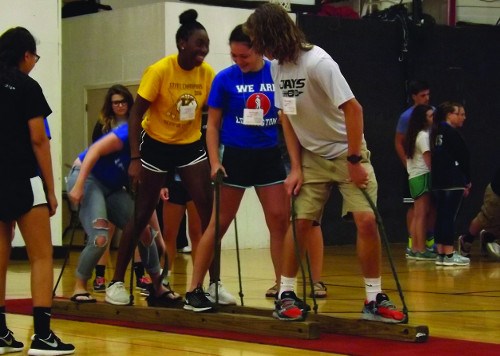 The MSHSAA is in the beginning stages of the “Why We Play” initiative from Minnesota as well as the NFHS #MyReasonWhy program, both of which will be incorporated into the 2017 summit. Participants at this year’s summit, which takes place next month, will also be tasked with formulating the guidelines for Missouri’s new student cheering section competition.

“We’re reminding not just student-athletes, but also coaches and administrators that it’s not always about the wins and losses,” West said. “It’s about the character development side of activities and why we participate.”

As long as the students, coaches and athletic directors find one thing to take away from the summit, West considers it a success.

“Sometimes we meet with students after they’ve been there – maybe we see them at a championship later in the year – and they’re still talking about it, be it a funny story that the keynote speaker shared or maybe an idea that blossomed at the summit that they were able to carry out at their own school,” West said. “Those are the stories that we certainly like to remember.”

The Not-So-Little White Lie: Antiracism and the Classroom