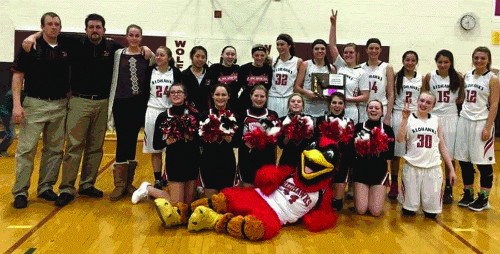 Declining enrollments in some of the nation’s less-populated schools has opened the door for cooperative sharing agreements to bridge the gap for even the biggest rivalries.

Started in 1990, the co-op between Boyden-Hull (Iowa) High School and one-time foe Rock Valley High School began when once accomplished baseball and football programs struggled to field a team.

“If we were to field a football program on our own, we would have had to play freshmen, which in our conference would have been very difficult,” said Jeff Meyn, Boyden-Hull athletic director. “The same was true in baseball. With low numbers you have few pitchers, some very young. They could not compete in an upperclassmen-dominated conference.”

Iowa High School Athletic Association (IHSAA) Assistant Executive Director Todd Tharp said although the final decision to approve a co-op comes through the IHSAA office, the particulars of the agreement are largely left to the schools. Schools must establish travel details, venues specifics and select a nickname.

“The first few years we kept Rock Valley’s colors and name because we did not want to invest money into uniforms and other items if it was not going to work. But the kids bought into it,” Meyn said. “I remember we gave the kids ownership into the sharing agreement by allowing them to pick the team name and colors. Both schools polled the student body for a team name, then had the kids vote on several possibilities and came up with Nighthawks.”

Rock Valley Athletic Director Mike Elgersma said it wasn’t until the schools became the Nighthawks in 1999 that it seemed each community bought in and could then say, “We’re a Nighthawk.” The carryover from that statement could be seen on the hardwood, he said, where the two schools remain independent.

“We’re like a family with our Nighthawk sports. When we play them in basketball, it’s sort of like playing against your brother. The kids play very hard but when the game’s over, they’re best friends again,” Elgersma said. “It’s very intense. Neither team wants to lose. They put everything into that ball game and the fans do, too.”

At both the high school and middle school levels, the two Iowa programs co-op in football, cross country, wrestling, boys and girls track, baseball and softball. Since 2000, the football team has reached the playoffs 11 times, including the title game in 2009. Last year, the five-time conference champion softball team (since 2010) qualified for state.

After being created by the Iowa legislature, the first sharing agreement in Iowa occurred in 1966 and was amended in 1972. According to Tharp, the state’s sharing agreements are revisited on a yearly basis.
Wrestling is the sport with the most co-op programs in Iowa, as the state boasts 57 schools involved in agreements out of nearly 300 total wrestling programs. Swimming has the second most with 40 of the 60 programs operating under a sharing agreement. 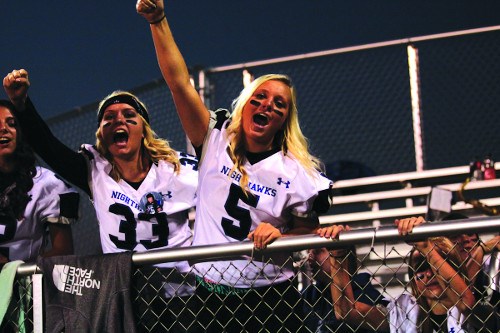 Figures are much higher in Montana, where economic downturn and proximity of schools has contributed to a rise in cooperative sharing agreements for the Montana High School Association (MHSA). Among the MHSA’s 178 high schools, there are 195 co-op teams, up from 144 seven years ago.

“In a rural state like this we had a lot of small towns where people are working on farms and ranches,” said Mark Beckman, MHSA executive director. “A lot of that work is now automated so the number of people necessary to work in those areas has declined.”

Tharp and Beckman both noted schools are more often opposed to consolidation, instead electing to seek a school to co-op with to present students an opportunity to participate in activities they’re passionate about.

“When it comes to team sports, if they only have four students available in their high school – especially with our Class C high schools, our lowest classification – they wouldn’t have a chance to participate,” Beckman said.

Froid Public School (Montana) is among that group of Class C schools. With numbers too low for basketball, Froid officially launched its co-op with nearby Medicine Lake in 2003, thus becoming the Froid/Lake RedHawks in all sports.

“One of the best things about a co-op is it helps bring consistency to the numbers game for the two schools,” said Duane Larsen, Froid/Lake head athletic director.

Without the agreement, football would have been an afterthought at the school of 30 students this past season, Larsen said. Meanwhile, Medicine Lake, and its 29 students, wouldn’t have been able to participate in girls basketball. Larsen added that the value of the agreement can’t be understated as it allows numerous schools throughout the state to survive. 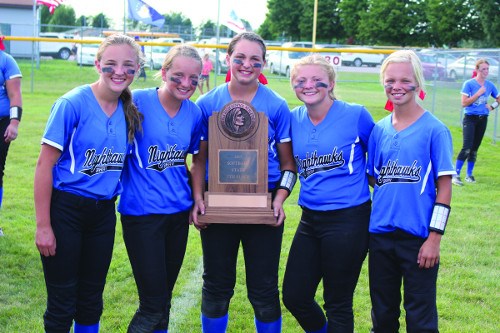 “We all know that when a community loses its school, it kind of loses its identity,” Tharp said. “These sharing agreements certainly allow some of these smaller communities to stay alive, to have a high school, and not have to focus a lot of their finances on athletics. This is done so the kids can participate somewhere else with all of the benefits that education-based opportunities present.”